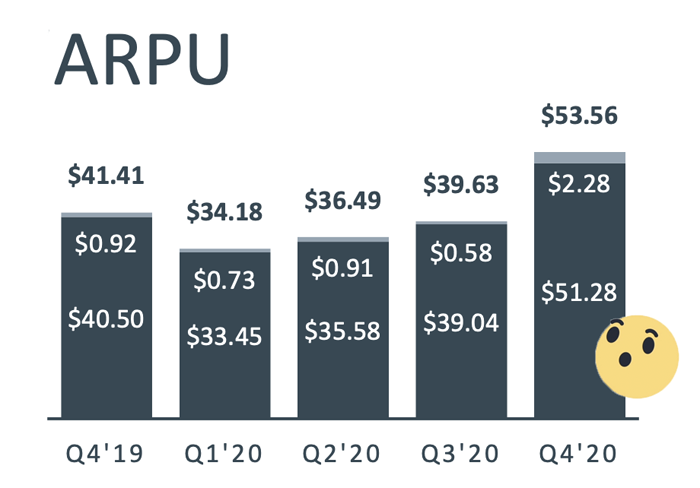 Although Facebook had a damned good Q4, with ad revenue up more than 30% year-over-year to $28.1 billion – its fastest growth rate in more than two years – the stock fell nearly 4% in after-hours trading.

Why? Because the ad targeting-related headwinds that Facebook CFO Dave Wehner has been referring to for well over a year, mainly related to Apple’s AppTrackingTransparency framework, are finally about to hit.

When IDFA use becomes opt-in only, which Facebook expects to happen by the end of Q1 (although Apple hasn’t shared a specific timeline), it “will have an increasing impact through the year as more users adopt iOS 14,” Wehner told investors during Facebook’s Q4 earnings call on Wednesday.

But the ad targeting-related headwinds aren’t limited to the IDFA, Wehner said.

Developers, including Facebook, will also have to ask for permission before using any third-party data on iOS to deliver personalized advertising, and Facebook predicts that the opt-out rate will most likely be high.

Mark Zuckerberg used the earnings call to hop aboard his soapbox to decry Apple’s focus on privacy and question its motives, noting that Apple is increasingly one of Facebook’s biggest competitors, especially in the messaging space.

Apple is the dominant messaging platform in the United States, Zuckerberg said, in large part because it’s installed as the default messaging app on all iPhones. Apple, he said, has “every incentive to use their dominant platform position to interfere with how our and other apps work.” (It takes a dominant platform to know one.)

“Apple may say they’re doing this to help people, but these moves clearly track their competitive interests,” Zuck said. “We and others will be up against this for the foreseeable future.”

For the moment, though, Facebook is minting money, the vast majority of which is driven by advertising, a fact that helps explain Facebook’s stance on Apple’s IDFA changes.

Speaking of the family, Instagram in particular, is starting to represent an ever-growing share of Facebook revenue. Although Facebook doesn’t break out Instagram revenue, eMarketer estimates that Instagram’s worldwide ad revenue this year will clock in at $39.41 billion, a 40% increase over 2020, which would account for more than 42.5% of Facebook’s global mobile ad revenue.

If you couldn’t make the call, here are a few other tidbits to take away:

The total number of ad impressions in the auction increased 25% in Q4 driven by Facebook and Instagram. The average price per ad increased by 5% driven by the Facebook mobile feed and pricing improvements for Instagram Stories.

When asked about what should happen to Section 230, Zuckerberg reiterated, as he did when testifying before Congress last year, that he thinks it needs to be updated but that any changes should be thought through from the perspective of what smaller companies will be able to handle, and not just behemoths like Facebook, Google and Twitter.