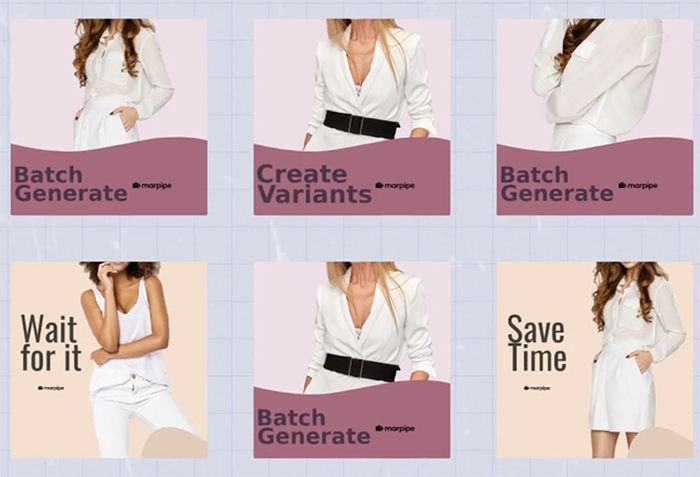 New York-based startup Marpipe clinched $8 million in Series A funding with the backing of some big-name investors that it will use to fuel the growth of its creative testing platform as it looks to become an ad tech unicorn.

The company, founded by 26-year-old CEO Dan Pantelo last year, uses automation to generate thousands of ad variations to determine which are the most engaging based on the best combination of images, text, ad copy or background colors.

Its platform removes outdated manual processes and “spray and pray” A/B testing methods. Based on an advertiser's primary KPIs, such as purchases and leads, the platform allows marketers and creatives to see which ads are performing best and why.

Marpipe’s multivariate testing – and growing client list – has caught the eye of investors as the company looks to disrupt both the direct-to-consumer and ecommerce space.

Its latest funding round was led by Stage 2 Capital with companies such as Samsung, Laconia Capital and TIA Capital making additional investments. Other investors include Ari Paparo, founder and CEO of Beeswax and head of partnerships and strategy at FreeWheel; Greg Coleman, former president of HuffPost, BuzzFeed and Criteo; and former HubSpot CRO Mark Roberge, now a partner at Stage 2.

Marpipe’s first seed round in 2019 netted the company $2 million and was backed by Adobe and Laconia Capital.

“The big names are investing in Marpipe because they understand where the advertising industry is headed, where creative automation is going to play a massive role,” Pantelo said. “We are automating the entire process of creative testing. That data is being used by advertisers to build creative they know will work better, rather than continuing to just arbitrarily guess. Now they have certainty.”

Clients include B2B companies, such as Segment by Twilio and MongoDB, and DTC companies Guitar Center, Quip and Republic.

Marpipe is integrated with Adobe and is the preferred testing platform for Facebook and Instagram. Pantelo said the company is hoping to add Google, LinkedIn, Twitter, Snapchat, TikTok and The Trade Desk.

“We hope to enable brands to be able to make creative across all different types of formats – image, video, audio – and be able to publish those creative tests across everywhere they serve media,” he said.

The funding comes during a swarm of ad tech investments, M&A and IPOs in the space. Asked about Marpipe’s long-term strategy, Pantelo said the company has had conversations with public companies about potential M&A and partnership deals.

“There’s no question that there’s a billion-dollar opportunity behind what we’re building – every single decision that we make today is aligned 100% toward the goal of building a unicorn in this space,” he said. “We’re open to having the conversations but we’re not angling specifically for an M&A outcome. We are building for the long haul here.”

Pantelo declined to disclose Marpipe’s finances or say whether it was profitable this year, only to say that annual recurring revenue has grown 24% per month over the past six months.

“We have a busy pipeline, a new business pipeline and we’re closing annual contracts within 10 days,” he said. “We raised this money to be able to scale the product and the sales team.”

Marpipe will use its latest funding to bolster its operating system, centralize data and triple the size of its 20-member team by next year.

Among the company’s growth drivers is its Enriched Catalogs/Dynamic Ads product within the core platform, a catalog feed-based dynamic advertising testing tool.

“We’re not going to be the only ones doing this for long – we are well-positioned to be the banner carriers of this space,” Pantelo said. “We can already see the writing on the walls that folks are definitely going to throw their hats into this ring as well. We’re going to see this category of creative automation explode over the next few years.”

“Advertisers have built their whole house of performance on top of leaning on that crutch of invasive audience targeting for the past 10 years,” he said. “By understanding what mechanics in your actual ad creative is driving your performance, you can rely on that information – it has nothing to do with audience targeting.”