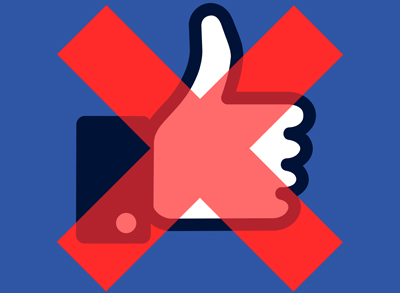 The formal Facebook advertising boycott didn’t kick off until the beginning of July – but advertisers in the United States were already starting to pull back in June.

Ad spend decreased by 31.6% across North America during the last two weeks of June, according to data released Tuesday by social media metrics company Socialbakers.

That means that Facebook’s Q2 earnings, set to be announced next week on Wednesday, July 29, will already reflect the beginnings of the widespread advertiser pullback. Although far from a perfect comp considering the ongoing pandemic, Facebook’s total ad revenue in Q2 2019 was $16.6 billion.

The aim of the boycott, spearheaded by civil rights groups such as Color of Change, the NAACP and the Anti-Defamation League, is to force Facebook to address hate speech and divisiveness on its platform.

Facebook has tightened a few of its policies on hate speech in recent weeks, including instituting a ban on ads that promote discrimination against people based on their race, ethnicity, gender, sexual orientation or immigration status.

Facebook is also considering blocking political advertising in the lead-up to the 2020 US presidential election, which would be a major about-face for Mark Zuckerberg, who’s been doggedly defending Facebook’s decision to allow politicians to include falsehoods in their ads as a free speech issue.

But neither move has been or will likely be enough to satisfy the boycott’s organizers, who are looking for systemic changes to deal with what they see as a systemic problem. Policy tweaks here and there won’t cut it.

As of Tuesday, 435 companies have pledged to pull their spending on Facebook for at least the month of July. But numerous big brands, including Unilever, Starbucks, Coca-Cola and Bayer, are pausing spend without signing their name to the official list of boycotters.

Disney, which dropped around $210 million on Facebook over the past six months to promote Disney Plus subscriptions, is the latest major advertiser to cut Facebook ad spend over concerns about hate speech on the platform, but without joining the official boycott.

Although ad demand and ad prices on Facebook were down significantly in Q1, representative of the early economic effects of the coronavirus in March, ad revenue still grew 17% year over year in the quarter, which was better than expected.

At the time, Facebook also reported that ad revenue was approximately flat YoY, which investors took as a good sign of coming stability despite the pandemic. And by the end of May, CPMs on Facebook were starting to shoot back up.

But that was before the boycott, which could run beyond July. The effort’s organizers are also pushing participating brands to pause their spending globally, rather than just in North America.

Facebook’s third quarter results, which won’t come until late October, will tell the full story of the boycott’s impact.

As of the third week of July, brands shared 72.05% fewer new ads on Facebook and Instagram compared with this time last year, according to social analytics company ListenFirst.