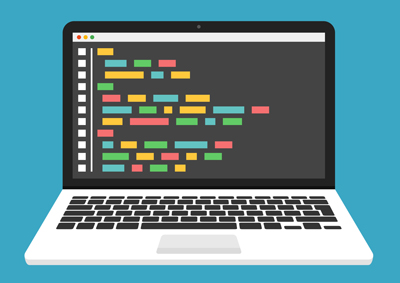 Unified ID 2.0 is now open source and not just in name only.

On Monday, The Trade Desk committed the full open source code base for Unified ID 2.0 to the PRAM (Partnership for Responsible Addressable Media) Technical Working Group, which is run by the IAB Tech Lab.

This transfer is the culmination of a process that began in January when The Trade Desk first shared the UID2 code with PRAM for review.

In practice, anyone can now view the code, poke around and have an opportunity to contribute to the code base. From now on, The Trade Desk, which originally developed the Unified ID 2.0 initiative, “will be just like anybody else,” said Bill Michels, The Trade Desk’s general manager of product.

“We’ll be super active, because we know the code very well,” Michels said, “but others can now participate and we’ll just be a complement to that.”

The Trade Desk’s intention from the start, he said, was to eventually open source UID 2.0, an initiative that aims to replace third-party cookie IDs with an alternative identifier tied to hashed and encrypted email addresses.

Handing the code over to an industry body is a milestone on the journey from concept to viable solution, said Alex Cone, VP of privacy and data protection at the IAB Tech Lab.

There are still a bunch of things that need to happen, though, including filling certain crucial roles, before the transition to complete industry control is complete.

Although it’s not official yet, the IAB Tech Lab will most likely serve as the administrator of UID 2.0 with the ability to dole out encryption keys to participants. Prebid is already signed on as one of the initiative’s operators.

But the UID2 infrastructure calls for multiple operators and at least one independent compliance manager or auditor whose job it will be to ensure that participants are adhering to a code of conduct.

Through the next couple of months, The Trade Desk plans to announce who will fulfill some of those functions.

In the interim, until there’s an admin and auditors on board to hand out API keys and make sure companies are following the rules, The Trade Desk will continue to broker UID 2.0 partnership deals and integrations, of which there have been many over the past year.

Until that point Unified ID 2.0 will remain in a beta phase, which kicked off in the US in March. Michels said The Trade Desk is getting closer to being able to launch a beta in APAC followed by one in Europe.

“There are things that need to be worked through in order to address different regulatory bodies around the world,” he said.

Changes along the way

The code that was committed to the IAB Tech Lab’s PRAM working group is not exactly the same code as was submitted to PRAM for review earlier this year.

“Rather than having one service mint all of the IDs, there’s the concept of a public operator and a private operator, which provides some decentralization,” Cone said.

Prebid is an example of a public open operator, and anyone can tap in. Private or closed operators, meanwhile, are those that choose to only process their own emails, such as a large brand, publisher, agency or tech platform.

“That’s for anyone with PII that wants to get UIDs, but only inside of their own cloud infrastructure,” Michels said.

For its part, The Trade Desk is working on additional features to add into the UID2 code base, including data controls so that publishers can set permissions for which DSPs and other entities downstream are allowed to decrypt their UID identifiers.

But now, TTD will have to make a proposal for consideration just like any other contributor.

“It’ll go through the code commit to get a set of eyes on it,” Michels said, “and then we’ll see if everyone agrees that this benefits the community.”