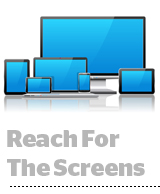 Digital ad mainstay Moat is getting into reach-based measurement, and incorporating TV.

That goal distinguishes Moat Reach from measurement companies such as Nielsen and Comscore, whose deep roots in television make them broadcaster-centric.

As a digital-first company, Moat Reach’s early adopters are reconciling mobile, search and desktop campaigns as they branch into OTT and CTV media.

By contrast, he said, TV-first measurement services can be cross-platform but focused on video campaigns.

“For us, video is one segment we want to call out for performance,” Napolitano said.

Moat Reach has two different ways to measure overall reach, reflecting the split between TV buyers and cross-platform digital advertisers. The dashboard either measures household reach or individual audience reach. For now those two metrics can’t be consolidated, Whitcher said. In other words, a TV campaign based on household reach cannot be unpacked to see which individual audience targets saw a campaign.

But those metrics will be reconciled as publishers and advertisers see true reach numbers, he said.

One publishing client is using Moat Reach to understand if it’s driving search and mobile activity during certain TV programs (aka “co-viewing”), he said. Moat hasn’t tied the metric to Oracle’s store conversion or sales lift attribution, but joint advertiser and media customers are using it to attribute sales lift in a region based on reach and frequency.

“I’m excited to see how this gets implemented in different workflows,” Whitcher said.

Campaign measurement is usually siloed by ad format, Napolitano said. So a content marketing campaign does however well on Facebook, while a display campaign reached X desktop readers and a sponsored recipe video had so many views.

Part of Meredith’s appeal is that the media company reaches 200 million people per month across all of its titles, he said. But overall reach is never considered a KPI for digital publishers, like it is with other large online ad platforms (aka Google and Facebook) or for TV campaigns, because the metric hasn’t been available.

Meredith Digital will start incorporating the Moat Reach metric into cross-platform campaign reports, Napolitano said. And it won’t pass on the costs of the service.

“We think of it as a way to demonstrate value with a clear way to say, ‘look how many people you reached,’” he said. “Ideally it means they’re more likely to return and spend more.”