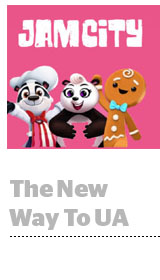 Most mobile user acquisition (UA) managers, like the ones who work at LA-based mobile game studio Jam City, are highly analytical creatures whose job is to dig into the data, analyze ad spend and manually adjust bids.

But there’s increasingly less and less for them to do.

These moves are having a “massive impact on the media buyer role,” said Rhiannon Price, director of creative product marketing at Jam City, which has top game titles in its portfolio, including “Cookie Jam,” “Panda Pop” and “Harry Potter: Hogwarts Mystery.”

Starting in September, for example, Facebook will require advertisers to set a central ad budget that Facebook’s algorithm will automatically distribute across placements to find the lowest cost. Meanwhile, Google has long mandated that all paid app-install ads run through its App Campaigns product, which uses machine learning to automatically decide where to place the ads across its properties.

Some advertisers have also cited a lack of transparency in the reporting they get back from Facebook and App Campaigns.

As the duopoly’s algorithms get better, creative testing is the next logical performance driver for advertisers and something they still have some control over.

But not all advertisers are ready to roll with the shifting landscape, largely because the creative services and media buying teams aren’t used to working together.

That was the case at Jam City until recently.

A new way to work

“There was a disconnect between what was important to the media buyer and priorities on the creative side,” Price said. “My team acts as a conduit that helps make sense of the data and translates it into something the creative team can use.”

Say there’s a certain cross-promo ad that’s generating a large number of impressions in “Cookie Jam” with a higher click-through rate than placements in other Jam City apps. That’s an opportunity for quantitative analysis of the asset and the environment in which it ran to understand why it’s performing so well. How does the creative compare with other similar ads, which types of players are clicking and what else do they play throughout the day?

“Our ad monetization managers and media buyers are diving into things that the creative team might have previously disregarded,” Price said.

It’s also about “working smarter rather than harder,” she said.

In the past, the creative services team would take what Price called a “shotgun approach” by making a large number of “almost random” creative assets, tossing them all out there and then waiting to see which ones stuck.

But that’s not the way it works anymore, said Jon Chew, a senior UA manager at Jam City and a self-described “UA nerd.”

“There’s a sense of collaboration between marketing, creative services and the game team,” Chew said. “And there’s a lot of potential in that collaboration, especially when it’s paired with analysts and people from the data science team.”

Teamwork not only makes the dream work, it creates an atmosphere where the media buying role can evolve into something new.

“All of our buyers are morphing into strategists and analyzing data at a higher level so they can make decisions that have a bigger qualitative impact across the portfolio in general,” Price said.

UA of the future

As do most game publishers, Jam City will continue to spend truckloads of money with Facebook and Google, and that won’t change anytime soon. Facebook alone has driven millions of high-quality players for Jam City games, Price said.

But a heightened focus on data-driven creative is one way to take back a little control from the platforms, whose “black box nature,” she said, “can make it more challenging to find new ways to keep achieving the same historical success.”

Although Price says she trusts Facebook to spend money “the right way,” there have been instances where Jam City has pulled certain creative assets that weren’t paying off in return on ad spend or other metrics despite Facebook’s algorithm putting a lot of spend behind them.

“It’s hard to argue with a big machine when it tells you that things will work well if you just do this or do that,” Price said. “But there are still times, many times we need to have the media buyers come in, to have humans police what is going on.”