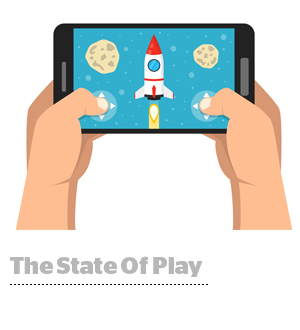 The mobile gaming category – a more than $60 billion-a-year market – is thriving amid the brewing economic crisis.

But unlike other publishers and platforms experiencing engagement spikes without the corresponding uptick in ad revenue, mobile game publishers are seeing massive boosts across the board.

Nearly every metric (other than CPMs and cost per install or CPI) is up, including in-app purchases, session length, app opens, level progression within games, volume, conversion rates and ad demand – and it’s translating into revenue.

Gliding Deer, for example, a game studio based in Israel, saw monthly revenue “skyrocket” in March for its social Bingo Game, Bingo Drive, in parallel with a decrease in CPI and an increase in conversion rate.

“All of our metrics have improved,” said Ben Eshel, director of marketing at Gliding Deer.

Data gathered by ad networks, mobile SSPs and user acquisition platforms in February and March paints a vivid picture of life in quarantine.

Volumes were up between 50% and 500% for all types of titles, depending on how much usage they had prior to the pandemic, according to Fyber. Some games, particularly those in the puzzle and hypercasual categories, have been attracting a huge number of completely new players.

IronSource saw a 10% uptick in engagement with gaming-specific ad units, such as rewarded video and playables.

App opens were up between 10% and 15%, as per Bigabid, which is seeing the same engagement trends with the lockdowns across Europe, the United States and Israel.

“This trend is playing out the same way for everyone eventually,” said Ido Raz, president and founder of Bigabid.

Search intelligence company Captify saw a 253% increase in gaming vertical-related searches, the bulk of which was driven by typically non-gamer audiences.

First-time game installs grew 41% in March, month over month, based on data from Adjust and Sensor Tower.

And AdColony tracked a 24% jump in mobile gameplay in the last two weeks of March.

All the while, ad prices on Facebook are down between 15% and 20%, according to 4C Insights. Eshel says he’s experienced 10% lower CPMs across the board.

In short: Players are playing more than ever, ad inventory in mobile games is a bargain right now, acquiring users is way less expensive than it’s been in years and the monetization train is chugging for the mobile game ecosystem.

But where’s the money coming from?

The mobile gaming sector isn’t dependent on advertisers in verticals such as travel and retail, which are either halting or curtailing their marketing budgets. Instead, ad demand in games mainly comes from other games.

That brands are pulling back means game advertisers have less competition for eyeballs, driving down the cost to acquire users.

The price, for example, on in-game banners bought through Fyber is down anywhere between 10% and 30%. When brands advertise in games, it’s usually with banners. On the flip side, pricing on rewarded video and interactive full-screen interstitials, the ad formats favored by games doing user acquisition, is up between 2% and 20%, said David Simon, Fyber’s CRO.

“The bottom line is that gaming is doing very well because it’s a self-contained economy,” Simon said. “The buyers and the sellers are the same companies, and as long as you can get me someone for a dollar and I can earn that dollar back, I’m happy – it’s a dream feedback loop.”

This feedback loop insulates hypercasual games in particular because of their short lifetime value (LTV) curve. The average hypercasual player only plays for a week or two before moving onto another game. That brief LTV is baked into the UA cost, which is usually fairly low and makes it relatively easy for hypercasual game developers to make back the money they spent on acquisition, especially in light of the coronavirus-induced engagement boom.

It’s like “a constant long weekend for hypercasual,” said Amir Shaked, GM of network at IronSource. (Engagement with games is typically higher on the weekends.)

But for casual and midcore games, which have longer multi-month LTV curves, the outlook is iffier. Consumer behavior is just shifting rapidly right now, he said.

“There is a lot of opportunity for everyone, but if it takes you three or six months to recoup the money you’ve spent, you need to be more careful with your decisions,” Shaked said. “Nobody knows what will happen with all of this yet and what the impact will be on the global economy.” 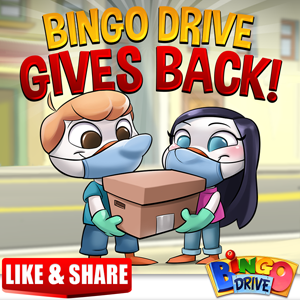 Don’t get drunk (on success)

Gliding Deer’s Eshel is acutely aware that what the market giveth, the market could easily taketh away. Which is why he’s keeping a sharp eye on retention and engagement metrics so that he can pull back on his retargeting campaigns if the dynamics of the current situation change, or prices start to rise.

“You don’t want to get drunk on the so-called ‘success’ and think ‘Oh, we’re doing great’ and then not stay on top of things, because you could miss out when there is a decrease in value in three or four months,” Eshel said. “You still have to be smart in the way you acquire users.”

Smart and sensitive to the ongoing situation. Gliding Deer, for example, just launched a “Player of the Week” contest within Bingo Drive. Starting this week and for the next eight weeks, the company will donate $5,000 to whichever charitable organizations the winner chooses.

But the best advice for mobile game publishers is to stay vigilant and active. It’s land grab time, at least for now, and the spigot could get turned off, said Brian Bowman, CEO and founder of UA platform Consumer Acquisition.

“Given that no one really knows how long this opportunity will last, we recommend increasing mobile ad spend as much as possible into early Q2,” Bowman said. “If CPMs normalize, at least you’ll have captured market share and net profit while it was available.”