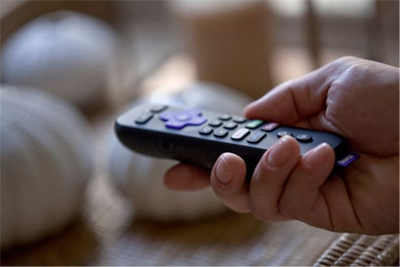 Ad fraud in connected TV saw a 12% drop this year to .4%, a sign that ad buyers have been proactive following a number of high-profile schemes over the past several years that bilked them out of millions.

A new report by ad verification provider DoubleVerify looked at post-bid data and more than a trillion impressions in 80 markets across more than 2,100 brands from May 2020 to April 2021. It found that, globally, post-bid fraud and sophisticated invalid traffic (SIVT) rates were down 30% year-over-year, from 2% to 1.4% across desktop, mobile app and mobile web, and CTV.

But as rates of detected fraud decline, the way fraud is perpetuated has evolved and become more sophisticated.

Last year, bot scams accounted for 78% of the fraud and SIVT violations DoubleVerify uncovered. This year, however, that activity, while still common, dropped 44%. Scammers have turned to data center traffic in order to target server-side ad insertion and “spoof” CTV inventory, which now accounts for 36% of all fraud in the space.

Server-side ad insertion technology combines content and ads into a single video stream, which enables seamless playback on OTT devices, such as Roku, Apple TV and Fire TV. But the scams trick advertisers into paying for ads that were not actually seen in households.

DoubleVerify and other ad verification companies, such as Human and Oracle Moat, have shut down multimillion-dollar “spoofing” schemes, such as ParrotTerra, ICEBUCKET and StreamScam, in recent years. Most of these fraud schemes used server-side ad insertion to generate fake CTV inventory across a large number of apps, IP addresses and devices.

According to DoubleVerify’s report, the volume of video impressions in CTV grew 87% YoY, making CTV the top device in North America for delivering digital video. And for the first time, the rates for brand suitability and fraud/SIVT violations in programmatic and publisher-direct buys were nearly identical, with just a 0.1 percentage point difference.

“There's always been some level of trepidation because of a lack of transparency in programmatic that it's just riskier to buy,” DoubleVerify CEO Mark Zagorski said. “The quality of inventory continues to increase in programmatic.”

Advertisers, on average, spent $20 million on CTV in 2020, and more than a third (35%) expect to spend more this year, according to the IAB. This year alone, $9.5 billion of television advertising is going to be traded through programmatic auctions powered by DSPs and ad exchanges, while programmatic ad spend is expected to reach $145 billion in 2021, according to eMarketer.

Some challenged the findings of DoubleVerify’s report.

Shailin Dhar, CEO and founder of Method Media Intelligence, an ad measurement and verification vendor, told AdExchanger in an email that fraud in CTV is not decreasing but becoming more difficult to detect, adding that more than half of auction-based CTV inventory is counterfeit.

“I think it's irresponsible to declare to the market that CTV/OTT invalid traffic rates are below 1%,” he said. “Buyers should be approaching the CTV/OTT space with utmost caution and diligence, especially in exchange-based buys. The ease of monetizing counterfeit SSAI bid requests, combined with the widespread misclassification of web video as CTV, create a field full of landmines for media buyers that are responsible for CTV/OTT campaigns.”

He added that bot-based scams and fraudulent data center traffic are indistinguishable because “both sources are non-human traffic events.”

According to Rob Aksman, president and co-founder of BrightLine, fraud in CTV “is not nearly as pervasive as many claim,” because much of the inventory is purchased as upfront or direct buys.

“Most [inventory] is bought direct, from premium, trusted publishers,” he said in an emailed comment. “The reality is that whatever percent of CTV folks are saying is fraud, should be caveated that they’re talking about programmatic only.”

“The growing implementation of pre-bid filtering – using a verification tool before an impression is even purchased – is really contributing to the decline in violation rates,” he said. “And as we see more CTV being bought programmatically, we should be seeing declines in fraud and SIVT rates down the road as well.”

DoubleVerify’s report comes less than two months after self-proclaimed “King of Fraud” Aleksandr Zhukov was convicted by a federal jury in Brooklyn for his role in an ad fraud scheme called Methbot that bilked digital advertisers out of more than $7 million.

“In many cases, these are sophisticated operations that are sometimes state-backed – they’re out to steal tens and tens of millions of dollars,” Zagorski said. “We're seeing the federal authorities taking a greater interest in looking to prosecute, because these are real crimes.”