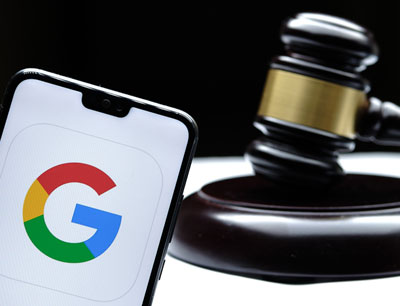 Google may have a solution to the antitrust regulatory pressure it’s facing from governments around the world: a proactive spinoff.

Alphabet, Google’s parent company, is exploring splitting Google’s digital ad business into a separate entity under the Alphabet umbrella, according to a report by the Wall Street Journal.

The separate entity would likely include Google’s DSP, SSP and its mobile ads platform, as well as Google Ad Manager and possibly Google Analytics – although some industry watchers speculate that these entities could be further split into separate companies dedicated to the demand side and the buy side.

The question is whether Google’s proposed solution will pass muster with regulators and, if it does, who stands to win – and who stands to lose?

If Google does proactively spin off its ad business, it would create major reverberations for the digital ad industry.

Yet many in the industry are skeptical that such a company would truly be independent if it remains a part of Alphabet and whether the move would satisfy antitrust regulators.

Still, it seems inevitable that Google will eventually have to separate its ad business from its Search and Google Chrome divisions whether the company does so on its own terms or it’s forced to do so by regulators, said audience monetization consultant Alessandro De Zanche.

“Without speculating on how really separated its supply and demand sides would be – or if Google’s proposal will be accepted – there is no long-term alternative,” De Zanche said. “It is obvious that one single company cannot fully protect the interests of both the buy and sell sides.”

“Actions such as this could make digital ad buying and selling more transparent and, ultimately, more fair,” Hirsch said. “Clearly, a company that owns and operates most components of a supply chain has the data and the means to influence results.”

But while many in the industry lament Google’s control over all parts of the advertising ecosystem, including in the web search and web browser markets, it’s the industry’s overreliance on Google that makes its dominance possible, De Zanche said.

“Most of Google’s detractors, especially media owners, have played a big role in its growing dominance while alternatives have been there all along,” De Zanche said. “For many, Google’s dominance has also been a fig leaf to cover their lack of vision.”

There are some clear winners and losers that will emerge should Google separate its ad business from the rest of its operations.

For example, it seems obvious that smaller publishers that are heavily dependent on Google’s ad tech stack or YouTube for revenue will have a lot to lose, said Ari Paparo, founder of Marketecture.

Because these smaller publishers depend not only on Google’s infrastructure and assets but also the demand coming from Google’s DSP, a breakup of Google’s ad business would be a major disruption, said De Zanche. In that case, long-tail publishers will likely find the option of spending more with ad networks, managed publisher solutions like CafeMedia or Freestar or walled gardens more appealing.

If Google’s move to split off its ad business coincides with the third-party cookie deprecation deadline, there could be a significant degree of panic in the market among long-tail publishers, which would be a boon to ad networks that specialize in the long tail, said Lee Harrison, head of strategy at mobile ad company Picnic.

Ad networks “seem to be flourishing right now, so that fear might have already started,” Harrison said.

Even so, it’s unlikely that Google would have proposed a solution that will negatively impact the bottom line for its publisher and advertiser partners because that would also cause Google to take a revenue hit, Harrison said.

If the spinoff does end up having a negative effect on CPMs and cost-per-click, however, it could result in the resurgence of private marketplace deals and a shift toward buying traffic rather than buying audiences, Harrison said.

Ultimately, Google spinning off its ad business would be a net positive for the wider digital advertising industry, according to Hirsch.

“Fair and robust competition are essential for the success of publishers and advertisers, as well as for the growth of the open internet,” he said.

But the biggest winners may be independent ad tech companies and their investment bankers, Paparo said. And Google’s external lawyers stand to make a ton of money no matter what.