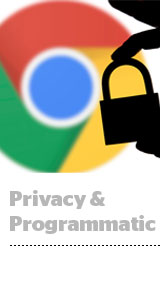 What Will Google Do?

Heightened regulatory scrutiny of Google’s ad platform business has sparked an internal discussion about whether to get rid of its ad tech vendor stack (the artist formerly known as DoubleClick), sources tell The Wall Street Journal. “[Federal and state scrutiny] has prompted some Google executives to discuss informally whether the company should consider divesting its third-party ad-tech business.” That said, the story concedes senior leadership hasn’t taken any real steps down this road or even discussed the option seriously. The speculation comes as the Justice Department amps up its investigation of Google’s ad business. More. Google also clarified how publishers can use line items in Google Ad Manager. Read the help center post. H/T @StephanieLayser. Correction: An earlier version of this blurb stated Google’s changes would affect private marketplace deals. The policy change will clarify the use cases of all line item types in the auction, but doesn’t impact private marketplace deals.

Up The LinkedIn Chain

Longtime LinkedIn CEO Jeff Weiner will step down in June to become executive chairman. He will be replaced by SVP of product Ryan Roslansky, who will report directly to Microsoft CEO Satya Nadella and join Microsoft’s leadership team. Tomer Cohen, currently VP of LinkedIn Marketing Solutions, will take over as VP of product. Read the release. Under Weiner’s 11-year tenure, LinkedIn grew to more than 16,000 employees, 675 million users, and $7.5 billion in revenue. He led the platform’s IPO in 2011 and sale to Microsoft in 2016, and doubled down on diversifying revenues into advertising, premium subscriptions and recruitment. This is the first major executive shake-up at LinkedIn since the Microsoft acquisition, TechCrunch notes. More.

New Bees In The Hive

DSP Beeswax is staffing up its C-suite. The company is hiring former Viant exec Bill Schild as its CRO and former MediaMath and Amitree exec Paul Knegten as CMO. “We are focused on delivering transparent buying solutions to the most sophisticated companies in the ecosystem,” Beeswax CEO and co-founder Ari Paparo told AdWeek’s Ronan Shields. “And Bill and Paul are going to be a big part of making that happen.” It’s a challenging time for ad tech and vendors, both big and small, need all the help they can get. Notes Shields: “The dual appointments come at a time when the entire sector … faces profound challenges amid growing public calls for data privacy that have led to changes in the entire ad-tech operating system.” More.