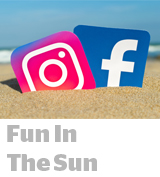 Instagram reportedly brought in about $20 billion in ad revenue last year, more than a quarter of Facebook’s total earnings, Bloomberg reports. Those numbers aren’t confirmed – the sources are anonymous and Facebook doesn’t break out Instagram revenue. But it would put Instagram ahead of YouTube’s $15 billion in 2019, which Google reported for the first time Monday. Don’t expect Facebook to follow suit with public Instagram earnings. The social media company is trying to head off potential regulatory action (i.e. being forced to divest Instagram or another app such as Messenger) by positioning its apps as a single integrated network. But Instragram has come a long way since it was acquired for $715 million in 2012, when the photo-sharing network didn’t allow advertising. More.

Various companies in the United States are taking aim at Section 230, a 1996 law that protects digital media companies from liability for content posted on their sites. The law makes it “nearly impossible” to sue Google or Facebook for the content they host, The New York Times reports. Some tech giants, such as IBM or Oracle, want to repeal the law to make life more difficult and expensive for Google and Facebook. Disney and news organizations want to do away with 230 because they already have high standards for content they publish, and they want a higher bar for the platforms replacing them on media plans. “People are either mad at tech companies and, legitimately in some cases, want to constrain their power for a lot of reasons,” said Daphne Keller, a Stanford Law School professor and former lawyer for Google. “And a lot of those reasons are really complicated, but the easiest lever to hurt tech companies that a lot of people see is 230.” More.

TikTok’s Super Bowl strategy this year could turn into a playbook for how the platform approaches tentpole sporting events in the future. The video-sharing app, which hasn’t advertised much beyond mobile install campaigns, bought a commercial during the game. It also picked up buzz from other brands advertising in the Super Bowl. Sabra Dipping Co. featured a TikTok influencer in its first Super Bowl spot, while Hyundai, Mountain Dew, TurboTax and others ran hashtag challenges on TikTok during the game. The NFL ran two hashtag challenges to drum up excitement before game day as part of a two-year content and advertising deal between the companies. TikTok is planning a campaign around March Madness and the Summer Olympics in Tokyo as it tries to broaden its appeal. “The app is perceived as an app for the Gen Z audience,” Brendan Gahan, chief social officer at Mekanism Inc, told The Wall Street Journal. “To ensure TikTok is more than a flash in the pan, ByteDance will have to broaden its audience and generate more mainstream awareness.” More.