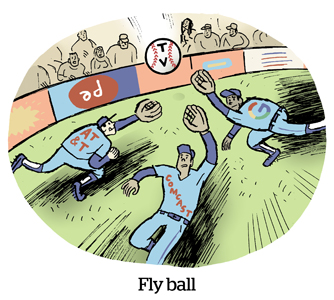 The Office of the California Attorney General issued a potentially impactful decision this week. Heads-up, ad tech companies: Inferences made about customers or consumers can be classified as personal information, even when the constituent data pieces aren’t personal or are gathered from public records.

For instance, marketers use inferences about ZIP codes in public records or car ownership titles to determine someone’s location or market. But the California AG’s office says combining public data sets to resemble customer location data will be viewed as having generated a person’s actual location, which is already considered to be PII.

“The decision will certainly affect many forms of targeted advertising,” writes Wayne Matus, co-founder and general counsel of the privacy tech company SafeGuard Privacy, in a LinkedIn post outlining the news.

There are a few caveats here. For one, the AG’s office could only pursue instances where the California Consumer Privacy Act applies. Also, the AG’s interpretation leans heavily on the specific language used in CCPA, which says consumers have the right to request information a business has “about” them, not just information collected “from” them.

“Seemingly innocuous data points, when combined with other data points across masses of data, may be exploited to deduce startlingly personal characteristics,” the state wrote in its decision.

Comcast has a lot of cogs in its machine. It can get a little confusing.

And so, on Monday, the company relaunched its media solutions business under the AudienceXpress brand, which is part of the TV advertising subsidiary FreeWheel. Despite the matryoshka vibe, the idea is to help clients make sense of Comcast’s many nesting dolls.

Comcast’s main goal for the rebrand is to clearly distinguish its media solutions from the underlying tech so that buy- and sell-side partners can “understand both sides,” Brian Wallach, head of revenue at AudienceXpress, told AdExchanger.

Until now, Comcast’s ad tech and analytics components haven’t offered a clear message to the market, Wallach added. But the new separation between media and tech will hopefully allow Comcast to be more transparent with clients “without being concerned about software relationships or creating miscommunications,” he said.

Although FreeWheel deals mostly in digital video, Comcast does have linear solutions, such as household targeting. From a sales perspective, AudienceXpress focuses on both linear and digital video.

“The technology is there,” Wallach says. Now it’s about “creating the right business rules and environment.”

On Monday, NBCUniversal announced that Omnicom Media Group is the first agency to integrate with its data clean room. NBCU introduced its clean room, which it calls Audience Insights Hub, last year, as part of its cross-screen tech stack, One Platform.

Now that NBCU has an agency on board, their common goal is to “drive interoperability” between their respective technology platforms “to create reliable measurement for streaming ad delivery – and to activate Omnicom audiences,” Calabrese said.

He also stressed the integration is a “step in the right direction” to help develop standards to support transparency and accountability for reliable cross-platform measurement.

The entire industry will be operating in clean rooms “in a few years’ time,” he said. “Without clean rooms, there will always be privacy and data loss concerns.”

A consortium of private equity firms, including Elliott Management Corp., is in advanced talks to buy Nielsen. [WSJ]

The FTC is reconsidering going after deceptive algorithms. [Protocol]

Stopping advertising in any market – let alone a pariah state like Russia – is easier said than done. [Digiday]

CNN+ comes to the US this month – and it’s going SVOD. [Morning Brew]