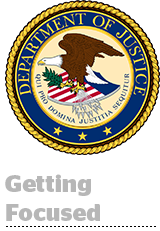 We’ve all speculated about what a Google breakup might look like. A divestment of its display ads business? Shearing off YouTube? Maybe – or it could be farewell for Google’s browser. According to three anonymous sources who spoke with Politico, the Justice Department and state prosecutors are zeroing in on Chrome and “parts of its lucrative advertising business.” Apparently, DOJ and state attorneys general have asked Google competitors which parts of the business, outside of advertising, they should look into, and many flagged the Chrome browser. Of course, selling off Chrome isn’t a foregone conclusion, Politico reports: “Short of demanding that Google sell the browser, prosecutors could also consider asking a court to limit how Google uses the data derived from Chrome to aid its other products.”

NBCU’s ad sales chief Linda Yaccarino is set to take on an even bigger role within the company, according to AdWeek. Yaccarino is now the chairman of global advertising and partnerships. This promotion means that Yaccarino will now oversee local ad sales and strategy teams, as well as spearhead NBCU’s data strategy department. In a statement, CEO Jeff Shell said: “I’m excited for her to continue architecting the future of the ad-supported ecosystem and uniting all assets of this company to make us the best possible partner for our customers around the world.”

The Irish Council for Civil Liberties is urging the European Commission to place limitations on data transfers between the EU and the United Kingdom after Brexit until the UK government can prove that its citizens’ data will be protected. In a letter sent by Johnny Ryan, who recently joined the civil rights group as a senior fellow after a stint as chief privacy officer at the web browser Brave, he questions the UK data protection authority’s ability to protect data privacy in the UK in light of its failure to deal with complaints about real-time bidding. “Despite the fact that the enormity of the data protection infringements were publicly acknowledged by the ICO … it did not take action to end the infringements,” Ryan wrote. “Instead, it accepted gestures from the infringers that did not limit or correct the infringements. As a result, infringements of the GDPR by RTB companies established in the United Kingdom have increased in the years since the ICO was notified.” The Irish Independent has more.

In, “Wait, why were they not already doing this?” news, Facebook has said it will start banning Holocaust denial content. The company has been criticized for years for not taking down this type of content in the name of free speech, TechCrunch reports. But starting Monday, Facebook’s hate speech policy will prohibit “any content that denies or distorts the Holocaust.” Why implement this policy now? According to Facebook, it made the decision amid a growing number of online hate speech attacks and is part of Facebook’s renewed effort to fight the spread of hate speech on its platform. Just last week, for example, Facebook banned all QAnon conspiracy-related content, including advertising, groups, pages and accounts. And in August, Facebook banned blackface images and more implicit forms of hate speech, including antisemitic stereotypes. Like Facebook’s recent move to block political advertising after the election, the Holocaust denial ban is a reversal for the platform. As TechCrunch points out, Mark Zuckerberg once used Holocaust denial content posted to the platform as an example of a situation in which he thought Facebook shouldn’t intervene. [Related in AdExchanger: “The Amount Of Hate Speech Facebook Found On Its Platform Doubled Between Q1 And Q2.”]