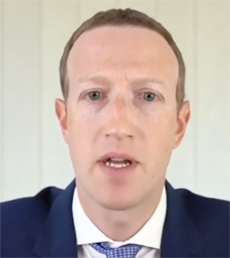 Facebook will formally prohibit political advertising when the polls close on election night, Nov. 3, with no word on when it will resume accepting political ads.

The ban will last for at least a week and could continue longer depending on the situation. President Trump has refused to commit to a peaceful transfer of power if the election results are contested.

This one is a real about-face for Facebook, which is desperate to avoid being cast as the villain following yet another United States presidential election.

In the past, Mark Zuckerberg has been adamant that allowing political ads – and even misinformation and lies distributed through the medium of political advertising – is a free speech issue.

While other platforms, such as Twitter, outright banned political advertising a while ago, Facebook stuck to its guns. Zuckerberg has often made the point that the First Amendment is about giving people a voice even if you don’t agree with what they have to say.

In a blog post, Facebook’s VP of integrity, Guy Rosen, explained the rationale behind the ban, noting that “while ads are an important way to express voice,” Facebook wants “to reduce opportunities for confusion or abuse.”

Which begs the question of why Facebook is waiting until after the polls close to ban political ads … but anyway. To be fair, an earlier ban could also ensnare positive political messaging, including get-out-the-vote ads.

Over the past four or five months, Facebook has been slowly backing away from its previous hard line on political advertising.

In June, Facebook reportedly considered a political ad ban. That news came only shortly after Facebook refused to do as Twitter did and flag Trump’s inflammatory “when the looting starts, the shooting starts” post for glorifying violence in the wake of George Floyd’s murder (which, to be fair, was an organic post and not an ad).

In September, Facebook said it would block political ads in the week leading up to the election in an effort to suppress misinformation. But is this a valuable move, considering that any political ads submitted before Oct. 27 will still run and advertisers that place them before that deadline can also tweak the targeting parameters?

Ads promoting QAnon conspiracy theories were banned on Facebook and Instagram in early October, followed this week by a ban on all QAnon-related content, including groups, pages and accounts.

Also this week, Facebook removed a post in which Trump falsely claimed that the flu is more lethal than COVID-19.

In addition to the moratorium on political advertising, Facebook will also remove ads that encourage people to engage in poll watching “when those calls use militarized language or suggest that the goal is to intimate, exert control or display power over election officials or voters.”