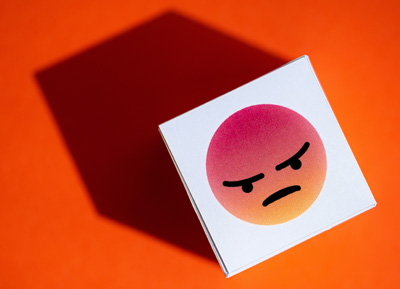 The official advertising boycott against Facebook may be over, but the same can’t be said for hate speech on the platform.

Facebook took down 22.5 million posts in the second quarter alone for violating its policies against hate speech, which is more than double the 9.6 million pieces of hateful content Facebook removed last quarter, according to its sixth community standards enforcement report, released on Tuesday.

Not to be outdone, the amount of hateful content also increased on Instagram, from just over 808,000 posts in Q1 to 3.3 million in the second quarter.

Rather than attributing this to an overall increase in the quantity of hateful content being posted to Facebook and Instagram, Guy Rosen, Facebook’s VP of integrity (what a title), said that the uptick is largely related to the progress Facebook is making with its automated detection systems despite disruptions in the human moderation process due to COVID-19.

Facebook claims that its AI was able to proactively catch 95% of the hate speech taken down in Q2, up from 88.8% last quarter and 24% from when Facebook first started publishing its community standards enforcement reports a couple of years ago. The proactive detection rate also increased on Instagram from 44.5% to 84.2% for the same reason.

The second quarter numbers also reflect Facebook expanding its automation tech to languages other than English, including Spanish and Burmese, the national language of Myanmar, where Facebook has been used to incite violence against Rohingya refugees.

Facebook has spent most of 2020 (and 2019 … and 2018 … and, anyway) on its back heels for failure to consistently enforce its policies against hate speech and misinformation.

Although the advertiser boycott in July organized by civil rights organizations will most likely barely dent Facebook’s revenue in Q3, it highlighted the prevalence of hate speech on the platform.

Because Facebook knows that no one trusts it or its numbers, it’s undergoing an RFP process to find an external auditor to conduct an independent review of the metrics in its community standards and enforcement report. The audit should take place sometime in 2021.

In other news, Facebook announced a policy change on Tuesday to ban black face images and more implicit forms of hate speech, such as antisemitic stereotypes that “Jewish people control the world.”