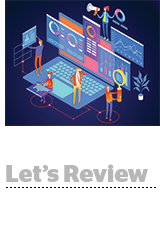 Show Me The Money

The good news is that advertising is picking back up. The bad news (or good, depending on who you are) is that so are agency reviews. Mitchell Caplan of the consulting firm Flock Associates told Business Insider that he anticipates more agency reviews heading into 2021 as activity that was postponed when the pandemic hit fires back up. The biggest accounts up for grabs include T-Mobile’s $2 billion global media account, pharma giant Sanofi’s $1 billion global account and German grocery conglomerate Lidl’s $1 billion global account. Home Depot’s United States media account, which spends between $400 million and $450 million, is also about to be up for review. Others of note include JPMorgan Chase, Walgreens Boots Alliance, Visa, Georgia-Pacific and the NBA. Happy hunting, folks.

Havas Media Group is the first agency holding company to join the Conscious Advertising Network (CAN), The Drum reports. CAN is a coalition launched in 2018 of more than 70 organizations with the aim of educating advertisers about how they can be more “conscious” of the impact they have on the wider world. For example, fake news and misinformation have been funded by ads dollars, and the imagery in advertising can sometimes reinforce stereotypes. Brands are starting to realize that they have a responsibility here. Advertising doesn’t happen in a vacuum. “We can all take actions today to make sure advertising is funding reputable, high-quality and publicly accountable media,” said Greg James, Havas Media’s global chief strategy officer. By the same token, know when to pump the breaks. “Beware of blocklists and overly zealous contextual targeting,” James advised.

Anecdotal evidence of a censorship problem on LinkedIn is mounting. Digiday reports that diversity advocates are noticing that LinkedIn appears to be stopping them from sharing their anti-racist messages with a wider audience. Around three months ago, Belinda Smith, a marketing and diversity activist and former global head of media at Electronic Arts, began seeing fewer posts in her LinkedIn feed about the BLM movement, diversity and inclusion. She flagged the issue in a column on AdExchanger in September. [Read it: “Are Black Voices Disappearing From LinkedIn?”] “Censoring at a time when Black voices should be given a platform is a reflection of whom companies like LinkedIn are hiring to design the system,” said Sabrina Clarke-Okwubanego, CEO of advisory firm Build Global. In other words, Digiday writes, “the algorithms powering these platforms could have an implicit bias based on who designs them, how they’re developed and how they’re ultimately used. LinkedIn itself, of course, disagrees with this assessment. In an emailed statement, LinkedIn said: “We do not remove conversations about race and racism, and we do not censor content that pushes forward the important issues of racial justice and inequality, provided the conversations follow our Professional Community Policies.”