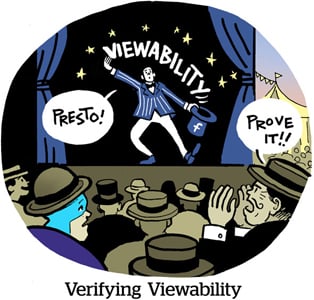 The newspaper company Gannett, best-known for publishing USA Today, misrepresented ads in programmatic auctions over the course of nine months until just last week. In many cases, the inaccurate ads were seemingly bound for the flagship USA Today site but actually displayed on smaller, regional papers, The Wall Street Journal reports.

The contextual data was sometimes incorrect as well, such as a Pennsylvania story about bear cubs that was tagged as an article about Wordle.

Jeff Burkett, USA Today’s VP of product and display advertising, posted a Twitter thread documenting Gannett’s explanation for what it called a bug stemming from incorrectly cached data after updating to the OpenRTB 2.5 spec last May. Other news publishers echoed that it likely truly was an error and not malicious.

Also, what’s the point of ad verification tech if it doesn’t catch when the site URL (which Gannett correctly listed despite the other incorrect data) doesn’t sync with other signals in the same header bidding file?

“Programmatic advertising relies on a lot of data being self-reported by those selling the ads,” says Braedon Vickers, an analyst who spotted Gannett’s auction discrepancies. “That this issue went undetected for so long suggests that the processes in place to verify this information are not sufficient.”

Twitter has recently launched a string of potential revenue and creator monetization products: Twitter Tips (now with crypto!), its first-ever subscription service called Twitter Blue and Twitter Spaces (its Clubhouse clone). The latest is called Twitter Shops, which just came out in a beta for American iOS users and is a way for merchants and brands to showcase up to 50 products on their Twitter accounts.

The purchase then occurs on the merchant’s site via Twitter’s in-app browser.

“We see 👀 a lot of shopping conversation on the timeline. That’s why we’re building more ways for you to discover, browse and shop for 🔥products,” tweeted Bruce Falck, Twitter’s GM of revenue product.

But Twitter is a little late to the party.

Platforms like Facebookagram, TikTok and Pinterest aren’t major direct shopping channels, but still have strong mindshare with merchants and sellers, especially as an avenue for discovery. Twitter’s never broken into that mindshare, and Falck’s point is that its platform does actually own a portion of shopping intent – particularly word-of-mouth recommendations.

​​HBO was hit with a class-action lawsuit for allegedly sharing viewing histories with Facebook, which the platform could then match with social profiles, a violation of the 1988 Video Privacy Protection Act. (Fun fact: Mark Zuckerberg was 4 years old when that law was passed.)

The problem is that HBO didn’t have consent to share the data with Facebook. Although HBO’s privacy policy cites using viewer data to personalize ads, the VPPA requires a separate specific consent to share viewership histories. (The VPAA was passed as the result of a case brought by conservative judge Robert Bork after his video rental history was given away by a Blockbuster franchise.)

Hulu weathered a similar class-action suit in 2015 because a judge determined Hulu didn’t know it was transmitting data that Facebook could use to identify users, Variety reports. And Hearst recently paid $50 million to settle allegations that it violated a Michigan video data privacy law by selling subscriber data.

The suit against HBO claims HBO Max is a big Facebook advertiser and actually uses its viewership data to retarget ads on the platform. In other words, HBO must know that it’s possible to match viewership data to Facebook’s user graph.