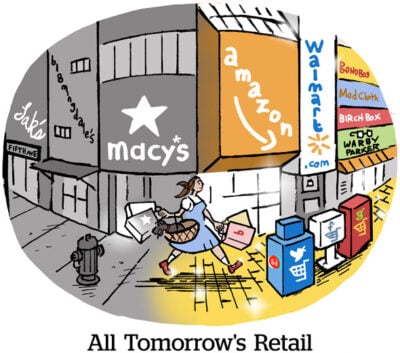 Pronounced She-In, As In “Ooh … She In Trouble Now”

The fast-fashion company Shein, a gigantic but secretive Chinese manufacturer of fast fashion, is getting a lot of attention.

Which Shein both does and does not want.

On the plus side, Shein has ambitions to IPO in the US in 2024, anonymous sources tell Bloomberg, and that means handing over its books and disclosing information about business practices. But regardless of its IPO plans, it’s impossible to stay off the radar considering Shein was the top-ranked shopping app in the US in the first half of 2022. It even edged out Amazon, which had 22 million downloads to Shein’s 22.4 million, according to a July Apptopia report.

Shein doesn’t love the spotlight, though.

It’s been sued dozens of times in US federal courts in the past couple of years for copyright infringement. Shein’s fast-fashion model essentially scrapes designer websites from around the world and reproduces the looks and product descriptions at impossibly low prices. The company also invites sustainability complaints because the prices and materials are so cheap that many people buy, wear and toss items within a few weeks.

Shein might be a huge consumer winner in the US, but that won’t necessarily build a bridge to US marketers and investors.

NewsGuard rates news outlets based on their accuracy, sourcing and reporting corrections. Some agencies and ad tech companies, like IPG Mediabrands and Media.net, use NewsGuard to filter inventory.

Since NewsGuard’s debut in 2018, Fox News has enjoyed a green credibility rating. But that changed this week when NewsGuard downgraded it.

Fox has been publishing too many inaccurate and uncorrected reports on the COVID-19 pandemic and the 2020 election to satisfy NewsGuard’s criteria.

Also, Check My Ads, another ad industry watchdog, has mounted a campaign to defund the Fox News site by applying the same model it’s used to shut down the programmatic supply chains of other right-wing media.

The NewsGuard score may have no impact on Fox’s ad revenue, though. For example, NewsGuard downgraded the Daily Mail’s rating but quickly reversed itself and issued a mea culpa.

But as the Check My Ads team noted, Fox’s TV business is shifting more to streaming and digital properties, including Fox Nation – properties that some brands wouldn’t want to and don’t realize they’re advertising on.

FAST Picks Up The Pace

Free ad-supported television (FAST) apps are growing on par with on-demand video (which is also ad-supported).

FAST channels are linear-style networks that can be streamed over-the-top, which is why most publishers consider them to be CTV – an industry term for ads served to the big screen hanging on the wall. (OTT ads can go to a phone or computer.)

Even though FAST is not on-demand content, its selling point is accessibility – no need to log in or hand over a credit card.

Free, easy access has led FAST channels to double their viewership overall in the past year. Six of 10 CTV households now watch FAST channels, per a Comcast Advertising report. (Comcast, of course, has a horse in the race with its live streaming service Xumo TV.)

“FAST is growing because there’s a low barrier to entry and cord-cutters are looking for more free options to complement their subscriptions,” Travis Flood, director of audience insights at Comcast-owned Effectv, told AdExchanger.

The same price sensitivity led Netflix to change its mind on AVOD.

Buyers like FAST because it combines CTV impressions with linear reach.

“Advertisers can easily maximize their reach with one campaign, because FAST channels extend beyond native CTV apps to [linear] through program guide integration,” Flood said.

The company reported 13% YoY Q2 revenue growth for a total of $1.11 billion. But that failed to meet analyst projections of 16% growth and $1.14 billion in revenue for the quarter.

Snap CFO Derek Andersen blamed the shortfall on tough competition from TikTok (Meta knows a thing or two about that), as well as macroeconomic headwinds, including Apple’s ATT changes, recession fears causing a pullback in advertiser demand and the ongoing war in Ukraine.

Snap declined to make any revenue predictions for Q3, and it authorized $500 million in stock buybacks. Outlook: not good.

Facebook doubles down on algorithms in the main feed – meaning it will look and feel more like TikTok. [The Verge]

Digital will feel the pinch as media buyers cut forecasts amid a rising tide of anxiety. [Digiday]