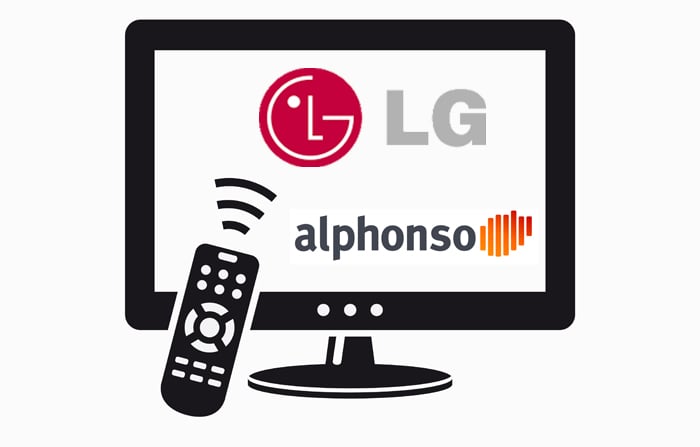 Vizio and Samsung, watch out, because LG, the second-largest TV manufacturer in the world, is breaking itself off a little piece of ad tech.

On Tuesday, the South Korean electronics company announced an $80 million investment – and a controlling stake – in TV data provider Alphonso. This is the first time Alphonso has taken an investment since the company raised its $5.6 million Series A in 2017.

The rationale behind the deal is simple, according to Ashish Chordia, CEO and founder of Alphonso, and that’s to “help LG make their smart TVs smarter.”

To date, Chordia told AdExchanger, smart TVs haven’t fully delivered on their promise of using data and analytics as the foundation for a better consumer and content consumption experience.

The same goes for advertising on smart TVs, which could be a lot better. And the opportunity is ripe considering the ongoing decline in linear viewership.

“Everyone knows that linear TV is decelerating,” Chordia said. “Advertisers need to find those audiences on non-linear and advanced TV platforms.”

LG and Alphonso already had a partnership in place before the recent investment whereby LG would make its smart TV data available within Alphonso’s DSP in order to sell addressable video and display ads on LG devices. LG also uses Alphonso’s DMP.

Through its now closer relationship, the plan is to bring Alphonso’s AI technology to LG smart TVs to help with content recommendations, analytics and improving the overall content and consumer experience.

Once it’s fully baked, LG will roll its own streaming TV ad sales and measurement offering to its global device footprint starting with 20 million smart TVs in the United States.

For its part, Alphonso will be run as an independent subsidiary of LG, which means that it’ll still be able to service its existing OEM hardware and MVPD partners, which include Sharp, Hisense, Toshiba, Skyworth, Sling Media, TiVo and Seiki.

“Smart TVs are replacing the set-top box, which used to be the content distribution mechanism,” Chordia said. “In 10 years from now, the set-top box will be completely irrelevant.”

Although not exactly analogous, these acquisitions both ladder up to a single theme: data-driven TV buying has entered the chat.

Samsung, Roku and Vizio already have fairly mature smart TV data businesses. LG is following suit. And it’s only a matter of time before other hardware companies start to jump on board, Chordia said. His money's on Sony.

“Hardware companies have a very important piece of the equation right in the living room,” Chordia said, “and they’re thinking about how to benefit consumers with better content, software and experiences.”

LG embedded YuMe’s smart TV SDK to deliver banner and pre-roll ads on its navigation screen and within its own apps way back in 2011. And in 2016, LG partnered with OTT streaming service Xumo (now owned by Comcast) to launch Channel Plus, a streaming service baked directly into LG smart TVs.

Chordia declined to comment on whether LG has the option to buy the remainder of Alphonso within the next three to five years, as reported by The Wall Street Journal. He did note, though, that despite LG’s majority control, the deal is set up so that Alphonso could take itself public within five years if the company so chooses.