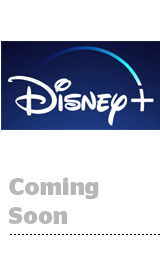 But the company’s earnings call would have been a lot more interesting if it took place five days from now, on Nov. 12. That’s the day Disney’s direct-to-consumer streaming product, Disney Plus, will launch.

Investors were champing at the bit for any color they could get on the service. Disney CEO Bob Iger didn’t give up much.

No specifics were on offer, and presales are “still relatively small,” but “consumers were drawn to the marketing messages we had out there,” Iger said. (A study released last week by analytics company Jumpshot suggests that pre-launch sign-ups for Disney Plus may already top 1 million.)

What about plans for further third-party distribution for Disney Plus, say via pay TV operators?

“We’re certain the apps will be made available in most traditional app-selling stores or platforms,” Iger said.

How much will Disney make on wholesale arrangements, like the one it has with Verizon to give its subscribers a year of free access to Disney Plus?

“The deal is positive for us from an economic perspective,” Iger said. “We’re not just giving it away, we’re getting paid a certain amount for it, but I’m not getting into specifics.”

Iger did drop a few interesting tidbits, though, on streaming advertising opportunities.

Hulu, which now has approximately 28.5 million subscribers, is a “significant driver” of advertising revenue, Iger said, even more so than ESPN Plus (which hit nearly 3.5 million subs in Q4), and that will continue as Hulu grows its subscriber count.

“Ad-supported Hulu has a very high ARPU [average revenue per user], which is one of the reasons it’s being bundled with ESPN Plus and Disney Plus for the $12.99 price,” Iger said. “The value of an ad-supported Hulu subscriber, given the advertising revenue it drives, is very, very high.”

But despite Disney’s obsessive focus on its own streaming distribution platforms, it’s also sticking with its multichannel video programming distributor (MVPD) partners.

MVPDs “are still very important to us, valuable to us and, I think, quite viable as well,” said Iger, who told investors that AT&T and Disney have reached “a deal in principle” to keep Disney channels available across AT&T TV NOW and DIRECTV.

Despite “continued erosion” in traditional pay TV, Iger said there’s still a benefit to these partnerships, and Disney doesn’t have to sacrifice data access to strike them. Disney can still get “a significant amount of user data” when people access Disney apps through an MVPD.

Long term, though, the trend is toward people wanting fewer channels, which isn’t so good for MVPDs. But it’s great for streaming apps. “That’s where the apps business can benefit,” Iger said.