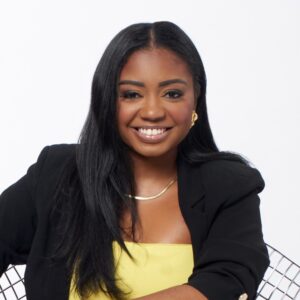 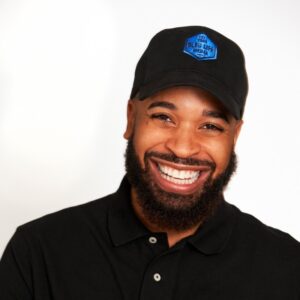 Brands and tech vendors can do a lot more to make good on their public promises to support diverse and Black-owned media.

For example, just changing their payment terms or measuring ROI based on brand lift rather than impressions would go a long way, said Rhonesha Byng, the CEO and founder of Her Agenda, a digital media platform for millennial women.

A lot of BIPOC publishers are small, independent outlets that can’t wait 90 days to get paid for their work, Byng said. And although they might only generate two, five or 10 million page views a month, their audiences are deeply loyal, which can translate into results for brands that are willing to be flexible.

“Being flexible is key,” said Byng, who is also a co-founder of the Black Owned Media Equity and Sustainability Institute, or BOMESI for short.

BOMESI is a nonprofit organization that was formed to empower Black-owned media businesses by creating a sense of community and giving them the tools they need to succeed in their business, including content management, SEO and monetization.

Byng created BOMESI in June 2020 together with Dévon Christopher Johnson, CEO and founder of BleuLife Media Group, a media company with multiple titles that focus on Black culture.

“We’re both independent publishers ourselves, so we really understand the pain points,” Byng said. “For years, not only did advertisers and agencies not really step up to invest in us, but there was no vehicle to advocate for that to happen, to help us be competitive.” BOMESI’s mission is to fill that void.

Power to the publishers

BOMESI maintains a public database of nearly 200 Black-owned media companies across the country, including digital and audio publishers, film and TV production studios and print pubs.

The majority are not backed by VC money and aren’t part of any larger organization. All of the publishers in the BOMESI collective are not only Black-facing operations; they’re also operated and managed by Black founders and entrepreneurs.

Byng and Johnson first met and became friends at a co-working space where they would commiserate over being a bit like what Johnson described as “two lone icebergs floating in an ocean amongst tech bros raising money, burning through cash, pivoting, getting more money and being allowed to fail forward.”

The need to foster that sense of community and collaboration also extends to ad-tech vendors.

Last year, Byng spoke on a panel at an ad industry event about the challenges facing Black-owned media companies in their quest to monetize. Someone from the mobile ad exchange Kargo was in the audience, got in touch and volunteered to help Byng improve the SEO on her site.

From there, Byng started to experiment with some of Kargo’s publisher support tools, including Fabrik, its content management platform.

The purpose of the platform, which has an integration with Kargo’s ad tech, is to help publishers offer a better user experience, including faster site speed and more effective SEO, both of which can lead to improved monetization opportunities.

If a site doesn’t load quickly, visitors bounce. But even if they do stick around, monetization suffers if ads aren’t viewable because a site’s too slow.

That’s a known problem, and one that plagues the entire digital publishing industry. Kargo launched Fabrik last year in response to that problem, said Michael Shaughnessy, the company’s COO.

“There are a lot of publishers that lack access to the technology they need to make their content load quickly and be search friendly, because they don’t have the engineering resources,” Shaughnessy said. “And that’s especially true for underrepresented publishers.”

In March, Kargo partnered with BOMESI to make Fabrik available to its members. Johnson’s BleuLife Media and Byng’s Her Agenda were the first two sites to integrate the technology, and other BOMESI publishers are in the process of signing on.

Several brands, including Procter & Gamble and HP, have committed their support to BOMESI. And at Cannes in June, Charlotte LaNiear, P&G’s senior director of US multicultural media, noted on stage that the company works with BOMESI via Fabrik to drive media investments to diverse content owners.

Efforts like these remove some of the barriers to entry facing independent BIPOC publishers in their quest to monetize – which is good, because there are more than a few barriers.

For example, a couple of years ago, Shaughnessy was looking at a keyword inclusion/exclusion list for one of Kargo’s advertisers, and he noticed the words “gay,” “Black” and “Muslim” were all blocked.

“As a gay man, I was like, wait, this is an advertiser that I know spends money during Pride,” he said. “But for the rest of the year, if there’s content with any of these keywords, they won’t be able to invest, including in diverse content owners.”

In order to counteract that unfortunate fact, Kargo is looking to strike more relationships with diverse content creators for Fabrik beyond BOMESI, including with other BIPOC media owners and with LGBTQ+ digital publishers.

Because it would be a shame if the ad dollars were finally there, but the tech wasn’t.

“If there’s an advertiser that wants to work with a publisher in our collective but the publisher doesn’t have the ad capabilities – well, now that deal can still get done,” Byng said.