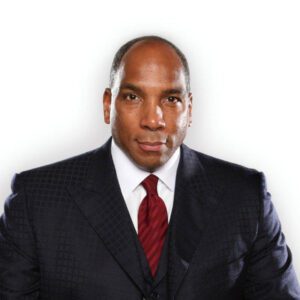 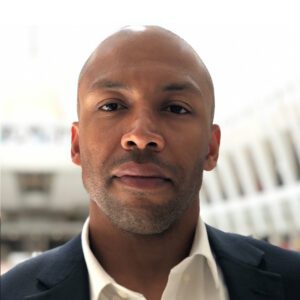 More than two years into its full-court press to improve diversity, equity and inclusion across media plans and staff, has the ad industry measured up?

Yes, progress has been made – but it’s still not enough, says Jason DaWayne Smith, president of integrated solutions at Publicis, and Earl “Butch” Graves Jr., president and CEO of multimedia publisher Black Enterprise, on this week’s episode of AdExchanger Talks.

Although brands are committing to spend more with Black Enterprise, Graves says, in reality, “commitments” are more akin to seasonal pushes, like during Black History Month. Instead, brands should commit to support diversity year-round.

One of the biggest challenges for Black Enterprise – a fact as true now as it was when the company was founded 52 years ago – is that the publication must pitch itself to agency crowds full of white men and women.

And when it comes to hiring, the industry as a whole has a long way to go.

“[My father] said agencies are like the Rocky Mountains – the higher you go, the whiter it gets,” Graves says. If no one in the room consumes the media they’re being pitched on, he adds, Black-owned and Black-targeted media will be at a disadvantage.

The people in the room

One of the reasons buyers took a chance on podcast advertising early on, despite its weak measurement, is because the people buying media were also podcast listeners themselves. They didn’t have to be told the medium could have an impact. Although Black-owned and targeted media can also drive good performance, it’s often overlooked because so few media decision-makers are Black.

Similarly, OTT struggled initially given how much more expensive it was than linear, Smith remembers. But investment took off once measurement evolved to consider brand lift and customer retention. “We didn’t just look at the bottom-line cost per point,” Smith says, “and that started to drive what we now see is incredible adoption.”

Like OTT, measurement may evolve to better measure Black-owned and Black-targeted media. But that won’t happen if brands use mushy metrics to justify walking back investments.

Black-owned media often gets held to different performance standards than everything else, Graves says. At times, these assessments of performance feel like excuses more than KPIs that all partners are held to. “They keep moving the goalpost,” he says.

To make investments in Black-owned media sustainable, Graves and Smith agree that they want brands to buy because it makes economic sense.

“That empathy incentive can only go so far,” Smith says of the reason many brands give for investing in Black-owned and Black-targeted media.

“We have to get to a place in the industry where we do have a true economic incentive,” he says, “where it benefits clients’ growth, where it benefits the retention and development of talent within organizations – and where we see notable sales and performance results.”