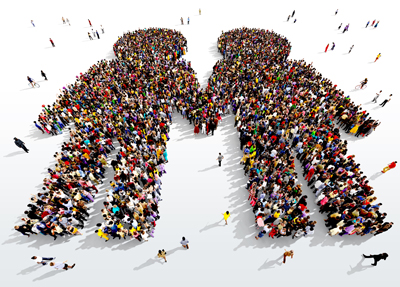 For the past couple of months, Google has been actively testing its Privacy Sandbox proposal for interest-based cohorts, and the preliminary results are in.

The proposal, dubbed FLoC – aka, “federated learning of cohorts” – calls for using on-device machine learning to group people based on their common browsing behavior as an alternative to third-party cookies.

Imagine cohorts of coffee lovers, guitar players, young mothers or car intenders labeled with random alphanumeric strings. Advertisers could bid on impressions associated with a particular FLoC label on exchanges or in DSPs.

Google posted the outcome of its FLoC experiments to GitHub on Wednesday evening.

The findings indicate that interest-based cohorts could fly. Based on Google’s tests, FLoCs generate a nearly 350% improvement in recall and an almost 70% improvement in precision over a random assignment of users to cohorts.

Which is impressive, but doesn’t say anything about how interest-based cohorts compare to the third-party cookie-based targeting it’ll ostensibly replace.

Chetna Bindra, Google’s senior product manager for user trust, privacy and transparency, stressed that the testing process is only just starting and that Google is hoping to jumpstart more experimentation – and not just related to FLoCs – among the newly minted ad tech company members of the World Wide Web Consortium.

Google is “looking for the industry to engage in this a lot more,” Bindra said.

“We want to discuss these things at a much earlier stage, both in terms of development and testing, so that it can be done in an open forum,” she said. “This is a call to discussion as well as to action, and a starting point for communication.”

Ducks (not yet) in a row

But communication between Google and the vendor community within the W3C has been strained to date.

Although there’s been some breaking of the ice, ad tech companies as a whole are worried that the pace of development is too slow and that their concerns aren’t being taken seriously by the Chrome representatives in the W3C’s Improving Web Advertising Business Group.

And all the while, Chrome is nudging the ad industry away from one-to-one and toward targeting in the aggregate.

The Privacy Sandbox, Bindra said, “has been envisioned to ensure that we are moving away from one-to-one identity; the shift toward aggregation and cohorts will serve as “the foundation for privacy preserving APIs that allow for interest-based advertising while preventing cross-site tracking.”

Cohorts “is where the future is headed, at some level, in terms of targeting,” Bindra said.

It’s worth noting, though, that the proposals in Chrome’s Privacy Sandbox are still just that – proposals.

They aren’t yet web standards, and there’s technically nothing stopping Chrome from deploying an API within its environment, although both Chrome and Google are motivated to find consensus – or at least gather feedback – within the confines of the W3C before making a move.

“Chrome has leaned into open source development for almost a decade, and the intent here is to do something very similar,” Bindra said. “A key part of the process is engaging with the community and ensuring that there is testing and that mechanisms are vetted and discussed in order to develop different implementations, in addition to ensuring that they work, of course.”

Beyond testing the performance of FLoCs, Google was also trying to get a sense of the trade-offs between privacy and utility based on the parameters used to define a cohort.

Size is an important one. Google ran tests for cohorts of all sizes, from as few as five people in a group all the way up to 5,000, with an eye on the concept of k-anonymity, which is a model for ensuring that anonymized data cannot be reidentified.

The Electronic Frontier Foundation and other parties have questioned whether FLoCs can attain k-anonymity. All it would take, for example, is for someone to figure out how to decode an alphanumeric FLoC name in order to connect its members with their specific interests. Bindra says that “privacy is foundational to the concept of a FLoC.” The testing process will help ensure that users can’t be individually identified or tracked, she said.

In addition to the FLoC test, Google is in the midst of running other live experiments on proposals in the sandbox, including the Trust Tokens API and the Click Conversion Measurement API.

“We see this as a continuing drumbeat of testing, evaluation and decisions happening within the W3C,” Bindra said, “and we’ll continue to engage actively in this forum, for sure.”