Ad tech companies are starting to make their voices heard at the W3C as the clock ticks down on third-party cookies in Chrome.

At an Aug. 6 meeting of the W3C’s Advisory Board – the closest thing the W3C has to a board of directors – a handful of ad tech companies, agencies and data providers shared their concerns over the outsize influence that larger companies have in the W3C governance process.

They asked the board to acknowledge the problem and possibly intervene on their behalf.

The purpose of W3C’s Advisory Board is to provide ongoing guidance on issues of strategy, management, legal matters, process and conflict resolution. Board members are elected and serve in an individual capacity, not as representatives of their parent organizations.

Current members of the Advisory Board include standards and tech policy experts from Google, Apple, Sony, Mozilla, Sony, Intel and Alibaba.

The invitation to present came as the result of a mid-July letter of protest addressed to the board signed by a group of 20 ad, data and media companies and agencies, including Adform, 51Degrees, Omnicom’s Annalect, BrightPool, Dentsu, eyeo, ID5, MediaMath, PubMatic, SRAX, Throtle and Zeta Global.

In the letter, the companies argue that smaller players simply don’t have the bandwidth to participate in the W3C governance process to the same degree as much bigger companies with the resources to dominate the conversation and advantage their own proposals, leading to potential anti-competitive issues.

One of these much bigger companies just so happens to also own the most popular browser in the world. (See: Google Chrome.)

“When we have attempted to raise these concerns, we have often been dismissed out of hand,” the letter stated.

Tensions have been high and hackles raised since January, when Google first announced its intention to phase out third-party cookies in Chrome by early 2022.

At the time, Google encouraged ad tech companies to join the W3C’s Improving Web Advertising Business Group as a way to provide feedback on and contribute to Chrome’s Privacy Sandbox proposals.

Since then, many ad tech members have felt sidelined by Chrome engineers who don’t seem to care about (or care to learn about) how the free ad-supported internet functions. They’ve also felt the absence of the Google Ads team, which rarely participates in the business group’s weekly discussions.

But not everyone in the ad tech community agrees that escalating these complaints to the W3C’s Advisory Board is the most productive use of time.

Although it’s more than apparent that “there’s no real forum for non-Google participants to make progress on things,” said Magnite CTO Tom Kershaw, the better part of valor at this stage is to “focus on engineering contributions and not so much the process issues.”

“Are we collectively happy with the current state of dialogue? No. And do we agree with the points made in the letter? Yes – we need a better working environment and something has to change,” he said. “At the same time, there is some concern that anything that could drive a wedge between the browsers and ad tech companies isn’t helpful.”

In other words: “If we can kick each other in the shins enough times on the playground, I think we could be all right here while avoiding the principal’s office,” Kershaw said. 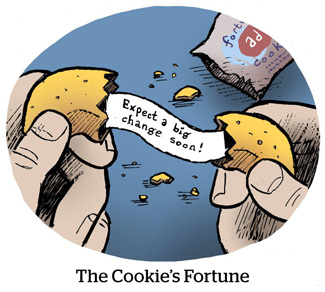 But according to a person with direct knowledge of the proceedings, the board members were open to hearing the group’s views and expressed a willingness to meet again and discuss the issues further.

For example, the group was originally allotted roughly 20 minutes to present before the board, but ended up being given “multiples” of that amount of time.

“The W3C is revising many of their processes,” said the person, who asked to remain anonymous. “For example, one change is to more deeply incorporate the values of the W3C into the specification development process to ensure the proposed change actually improves the web. Among the deficiencies these process changes seek to rectify is ensuring that the impacts to a broader set of stakeholders is considered for any new proposed changes to the web.”

Although most W3C-related material is public, including agendas, minutes and specs on GitHub, Advisory Board deliberations are confidential, and the ad companies that presented to the board on Aug. 6 signed nondisclosure agreements.

The hope is that the cookie-related discussions taking place between Chrome representatives and ad tech companies at the W3C can become more equitable, transparent and collaborative.

It’s unclear how or even whether the Advisory Board will intervene, but their responsiveness during the Aug. 6 meeting was promising.

“The goal of the W3C is to improve the web for all,” the person with knowledge of the meeting said. “The spirit of the web is about working together collectively, and, in that spirit, I’m actually quite pleased with the conversation.”

But that doesn’t stop the hourglass from turning.

In late March, members of the Improving Web Advertising Business Group petitioned Google to extend the deadline for the phase out of third-party cookies in Chrome citing the chaos of the ongoing pandemic, but to no avail.

More recently, though, Jerry Dischler, Google’s new VP and GM of ads, told AdExchanger that Google Chrome won’t push the 2022 deadline if there aren’t solutions in place that work for everyone while also protecting user privacy.

“That happens when it happens,” Dischler said. “But we don’t want to leave it open-ended, so we’ve announced a date in order to create a sense of urgency.”

So even if there’s a small amount of wiggle room on the actual deadline, the only responsible thing to do is to plan as much as possible, and fast, for a cookieless future – which is soon-to-be a cookieless present.