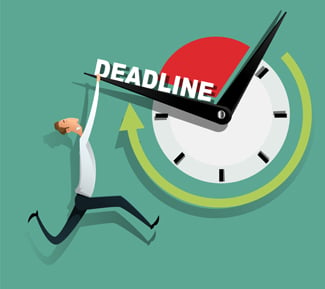 A business group within the World Wide Web Consortium (W3C) is planning to ask Google to delay the third-party cookie phase out in Chrome in light of the ongoing coronavirus situation.

A member of the group told AdExchanger that the plan is to request that Google extend the deadline, which was tight and somewhat tentative to start with, by between six and 12 months. The petition could be sent as soon as early April.

The request for an extension is an item on the draft agenda of the W3C’s Improving Web Advertising Business Group, which has its next meeting scheduled for March 26. The draft agenda also includes a potential discussion about the business challenges and use cases behind the group’s appeal.

Google announced its plan in mid-January to eliminate third-party cookies in Chrome by 2022. At the time, coronavirus awareness in the United States was still on the periphery.

Rearchitecting the cookie-based ad ecosystem in two years was a tall order regardless of the outbreak, and the business disruptions it has caused simply ratchets up the pressure.

To date, Google hasn’t been more specific on its plans for timing other than to say that conversion measurement and interest-based advertising will be the first two issues it’s planning to address through the Privacy Sandbox. In January, Google said that trials for click-based conversion measurement (minus third-party cookies) would start by the end of the year.

It’s entirely possible that the Chrome folks will be open to an extension. It’s not all that unreasonable a request considering what’s going on in the world. Then again, Google is a multiheaded beast that operates in distinct silos. The Chrome team works independently from the Google advertising team, and one group might have less sympathy than the other.

The W3C is an international group that develops standards and protocols for the web. Nested underneath the W3C umbrella are hundreds of business and community groups which provide a forum for developers, designers and other industry stakeholders to hold discussion and propose ideas in a vendor-neutral way. The Improving Web Advertising Business Group is one such entity.

According to its mission statement, the group’s purpose is “to identify areas where standards and even changes to the web itself can improve the ecosystem and experience for users, advertisers, publishers, distributors, ad networks, agencies and others, and to oversee liaison with existing working groups.”