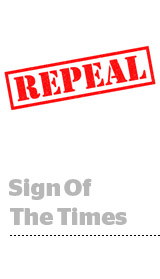 The rules would have required broadband providers to obtain explicit opt-in before using subscriber data for targeted advertising, including web browsing, geolocation information and app usage.

Ad trade orgs long opposed the rules, which they claimed created an unfair advantage for the edge providers of the world – Google, Facebook, Netflix, et al. – by holding ISPs to a stricter privacy standard.

Current FCC Chairman Ajit Pai never supported the regulations. And in December, after Wheeler announced his plan to step down as commission chief, Pai colorfully promised to “fire up the weed-whacker” to trim what he referred to as the “regulatory underbrush.”

Pai was able to delay the scheduled March 2 rule enforcement through a last-minute FCC vote in response to a joint petition to reconsider filed by a coalition of advertiser trade groups, including the 4As, ANA, Data and Marketing Association and IAB.

Pai’s plan is for the Federal Trade Commission to resume its historical role as final authority on all things consumer privacy-related. In order to pass the now-defunct ISP privacy rules, Wheeler’s FCC had to reclassify broadband providers as common carriers.

“The FTC doesn’t really have any substantial or significant authority to regulate privacy,” said John Simpson, privacy project director at Consumer Watchdog, after Pai moved to block the rule rollout in late February. “If somebody spells out in their privacy policy how they’re essentially going to screw you and then they proceed to screw you, that is perfectly OK under the FTC, and that’s outrageous.”

It’s important to note that while the Obama-era privacy rules never actually took effect. ISPs are pretty much in the same position they were before any of this started.

And just because broadband providers have more leeway with the consent process, that doesn’t necessarily mean they’ll immediately run roughshod over consumer privacy.

But there could soon be changes in the way broadband providers approach consumer privacy, especially as the “telco/ad tech love affair” accelerates. Telcos have been steadily shelling out to buy ad tech assets of their own.

“More consolidation will happen and more telcos will make bold bets like Verizon,” said Adbrain CEO Gareth Davies. “However, the world isn’t going to change overnight and I think many will remain cautious, especially as the rules could change again in four years. The consumer backlash is a very real threat to their core business.”