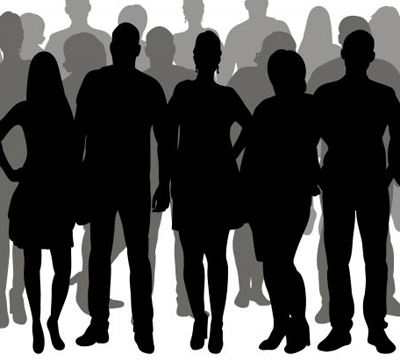 Pre-campaign reach estimates on Facebook are about to get less precise – on purpose.

In the coming weeks, Facebook will modify the way it displays potential reach and interest category predictions in Ads Manager so that advertisers see a range rather than a specific number. Read the blog post.

The change comes in the face of an ongoing lawsuit over how Facebook calculates its potential reach metric.

Potential reach, as defined by Facebook, estimates how many people an ad could potentially reach based on which targeting and ad placement options an advertiser selects.

As part of the change, “potential reach” will be rebranded as “estimated audience size.”

The goal is to align more closely with how other platforms in the ad industry present reach estimates and to provide more consistency to advertisers across the multiple types of pre-campaign metrics Facebook offers.

For example, another one of Facebook’s pre-campaign metrics, “estimated daily results,” which projects how ad budget will affect the performance of an ad, already appears as a range rather than as an exact number.

These updates, Facebook says, are part of an ongoing effort to improve the way it shares pre-campaign ad estimates and metrics with advertisers and has nothing to do with other ad and measurement-related changes it’s making as a result of iOS 14 and Apple’s AppTrackingTransparency framework.

But there’s likely another motivation for the update. Facebook has been under fire for allegedly overestimating its ad audience numbers in the past.

An ongoing class-action lawsuit brought by a group of small business advertisers against Facebook in 2018 claims the company knowingly inflated the number of users it could reach and that this number included both fake and duplicate accounts.

In April, the Financial Times reported on internal emails from 2017 that were unsealed as part of the suit in which Carolyn Everson, Facebook’s former VP of global marketing solutions, noted the inflated metric “clearly impacted” the way in which advertisers planned their spending on Facebook and that “we are going to get really criticized for that (and justifiably so).”

According to one example cited in the suit, Facebook supposedly told advertisers that it had a potential reach of 230 million US adults, out of the 250 million adults in the US as counted by the census in 2018. Problem is, a Pew Research study from that year found that only roughly 68% of US adults in the US – around 170 million people – use Facebook.

Although Facebook executives, including COO Sheryl Sandberg, allegedly knew about the issue for years, the suit claims they didn’t authorize a fix because of the potential negative impact on ad revenue.

Facebook has defended its potential reach metric as merely an approximation, not a guarantee, and says advertisers were only ever charged for the actual impressions and clicks in their ads.

Facebook also says that its reach estimates are not designed to match the census population or other sources and could differ based on multiple factors, including user-reported demographics, how many accounts are used per person and how many temporary visitors are in a geographic location at a given time.