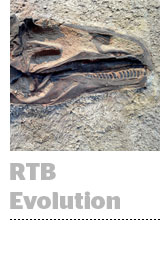 Ad tech insiders have told AdExchanger DSPs are being more aggressive in blocking supply sources until they clean up.

The pressure could force the ecosystem to grow up. While DSPs aren’t coordinating their actions, exchanges cut off from multiple buyers will suffer. Players with bad inventory and high fees will see buyer demand evaporate, creating a cleaner, more transparent marketplace.

A few years after many marketers heard the word “bots” and “ad fraud” for the first time, they’re frustrated by the lack of brand safety controls in the marketplace – and particularly on YouTube – and applying pressure from the top down to know where they are placing their ads.

On the technology side, header bidding makes it easier for DSPs to reroute buys to other exchanges. In the past, cutting off an exchange could have meant losing access to a valued publisher, like ESPN or The New York Times. Today, buying platforms can find the same impression for sale elsewhere.

“To the extent we can turn off the bad actors, it will keep our infrastructure costs under control,” said Shawn Riegsecker, CEO of Centro.

DSPs can analyze each exchange’s fees and auction mechanics. If the same impression appears on multiple different exchanges for different prices, the buyers can start to tease out different games taking place and avoid partners with questionable practices.

“If I can buy the same impression from five different partners, I’m going to buy the impression from the partner that is providing the most transparency,” said Tim Sims, VP of inventory partnerships at The Trade Desk. “There is significant risk for supply partners who don’t provide the same level of transparency.”

When DSPs have stopped working with partners, they have told AdExchanger it’s for two main reasons: playing games in the auction and marketplace quality. Here’s how exchanges can game each area.

In order to boost publisher yield (or add to their own pockets), many exchanges find ways to raise the clearing price in the second-price auction.

A technique that DSPs caught earlier this year involved an exchange sending out a single impression multiple times with the same user ID in order to boost prices.

These duplicated impressions increase revenue by gaming some of DSPs’ quirks. They can confuse DSP pacing algorithms. Or, DSPs return bids with dramatically different prices, allowing the SSP to pick the highest bid.

DSPs were already struggling to manage the huge influx of impressions from header bidding, and didn’t want to deal with duplicated impressions. So they withdrew advertising dollars if SSPs didn’t cut it out.

DSP algorithms assume a second-price auction will happen, so even if they bid high, the impression will clear at a much lower price. But publishers hate seeing money left on the table, so exchanges came up with varying floors as a way to recover some of what advertisers seemed willing to pay.

If an exchange claims to run a second-price auction, but the clearing price often ends up slightly under the bid, it indicates that the exchange chose the floor price after the bid instead of before. If caught, DSPs will often stop bidding on an exchange or apply pressure until this behavior stops.

“Some of this is normal cat-and-mouse stuff in an auction market. That’s fair game,” said DataXu CEO Mike Baker. “But if you’re saying one thing and doing another, that’s when we’ll give you a chance to rectify it – otherwise we’ll cut you off.”

Because header bidding makes it easier to catch on to these tactics, AppNexus says exchanges are starting to ease up on auction games. “My sense is that it’s winding down. The DSPs are getting smarter and smarter about the games, and everyone is watching it more closely,” said Patrick McCarthy, AppNexus product management SVP.

On the supply side, Index Exchange is advocating a switch to a transparent first-price auction, legitimizing a practice many buyers consider an auction game.

The rationale? First-price auctions make sense for header bidding, because a high bid will most likely win once it enters the ad server, Google’s DFP. Once in the ad server, the exchange’s bid must compete one last time with a publisher’s direct-sold inventory and Google AdX.

“To effectively compete with the publisher’s inventory, instead of getting remnant, they have to pay rates to win,” said Drew Bradstock, Index Exchange’s product SVP. “We are transparent to the buyer, but are trying to educate them about what makes sense so they have the greatest chance to win.

Some DSPs, such as AppNexus, are willing to experiment with different auction dynamics. But DSPs like MediaMath and exchanges like Rubicon Project insist on transparent, game-free second-price auctions.

“The integrity of the second-price auction absolutely has to be protected,” said Tom Kershaw, product head at Rubicon Project, which is being sued for fees it tacked onto its second-price auction. “There are exchanges we have heard about that are moving closer and closer to a first-price auction, and that could damage the ecosystem.”

Instead of abandoning the second-price auction, Google has been improving how it sets floor prices for publishers using historical data (not creating a floor price after seeing the bid).

“Second-price auctions have always been a trade-off between providing incentives for buyers to bid their true price, but also often resulting in a gap between the high bid and closing price that represents a potential lost opportunity for the publisher,” said Jonathan Bellack, director of product management at Google.

Could auction models change due to the market’s demand for transparency?

“We believe the end game will be auction dynamics that deliver fair value to both buyers and sellers,” Bellack said. “There could be many different models that achieve this goal.”

DSPs still see plenty of exchanges with huge fraud problems, and those that have cleaned up complain that buyers don’t reward them for making investments in clean inventory. That’s changing.

MediaMath, which created its Curated Market as a way to keep infrastructure costs in check and boost brand safety for its advertisers, plans to massively cull its inventory, keeping only the highest-quality sources.

“We switch partners on and off all the time, but it’s not an effective long-term strategy,” Ross said. “Instead of going from 100 to 97 partners, we will start with a few really big partners and allow others to join as the meet the requirements. Our top priority is re-engineering the supply chain.”

Because header bidding lets AppNexus identify which exchanges have direct relationships with publishers, it can figure out if which exchanges might be reselling inventory.

Or, if one exchange starts offering more impressions a day from a publisher than its other direct partners, something fishy may be going on – such as offering the same impression for sale multiple times.

If an SSP doesn’t have a contract with a publisher, buyers don’t want it anymore.

“Buyers are doing research and turning off exchanges with those that can’t prove the direct relationship with the publisher,” Index Exchange’s Bradstock said.

The next 18 months will see exchanges go through the same consolidation that ad networks did in 2009, MediaMath’s Ross predicted. “Ad networks adding value were growing and evolving. Those that didn’t faded away.”

As DSPs clamp down on exchanges, only a few exchanges will survive, making for more consistent auction practices.

“If we only have a few exchanges, it’s easy for the auction dynamics to be the same,” AppNexus’ McCarthy said.

Although DSPs are pressuring SSPs to improve marketplace quality and auction dynamics, the industry will find equilibrium, Google’s Bellack predicted.

“A sustainable market is one that is fair to both buyers and sellers – the specific model is less important than whether the mechanism achieves that goal,” he said.

Auction games and fraud will fade out as the space matures, Kershaw predicted.

“This is a short-term phenomenon associated with the changing landscape of the industry,” he said. “Once these loopholes get closed, we will have a much more stable foundation to grow and restore the trust and operational integrity.”