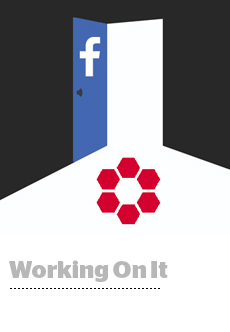 The social analytics platform, which uses AI to analyze public data across social networks, said Friday that most of its customers have had their access restored to both Facebook and Instagram data since the end of last week.

The process was far swifter for Crimson Hexagon than for other third parties that ran afoul of Facebook data practices, many of which saw themselves permanently banned from the platform.

In a blog post, Crimson Hexagon CTO Chris Bingham wrote that the company is “working diligently” with Facebook to get the rest of its client roster back as soon as possible. The inquiry intro Crimson Hexagon’s data practices and use of Facebook and Instagram data continues.

Facebook confirmed to AdExchanger that it has “reinstated some of Crimson Hexagon’s access” and that it “appreciates [the company’s] partnership through this investigation.”

Toward the end of July, Facebook suspended Crimson Hexagon’s apps from its core app and from Instagram pending an investigation into how the company uses its data once that data leaves the platform. The implication and fear is that the data could be used for surveillance purposes, which is against Facebook’s terms of service.

The temporary expulsion was triggered by reports that Crimson Hexagon’s client list includes a Russian nonprofit with ties to the Kremlin – not good optics in the current political climate – as well as several US government agencies, such as the Department of Homeland Security and the Federal Emergency Management Agency.

Facebook had been unaware of these contracts and initiated a probe to make sure they didn’t violate Facebook’s policies on data collection and usage.

Crimson Hexagon attests that it does not and has never obtained or used Facebook or Instagram data “inappropriately.” According to Bingham’s post, Crimson Hexagon only collects publicly available social media data “that anyone can assess” and says 95% of its business comes from brands and agencies, rather than government entities.

The issue was not that Crimson Hexagon collected data inappropriately – Facebook has found no wrongdoing on the part of Crimson Hexagon – but rather how the data is being used once it leaves Facebook’s walls. Facebook has little to no visibility into what happens to its data once a partner ingests it, which was the crux of the Cambridge Analytica scandal.