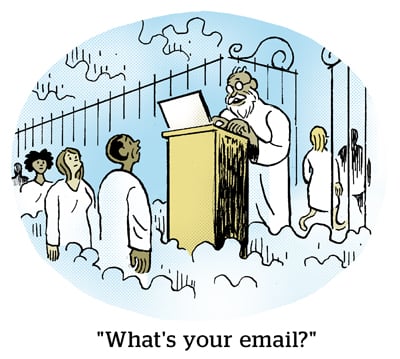 Who’s going to serve as the administrator for Unified ID 2.0?

Not the IAB Tech Lab.

Earlier this week, CEO Anthony Katsur noted in a blog post (almost offhandedly) that the Tech Lab has decided not to take on the technical admin role for UID 2.0 “at this point.”

A Trade Desk spokesperson told AdExchanger the hunt for an independent admin continues. (Katsur told Insider, however, he couldn’t think of another trade group that could serve as admin.)

The Tech Lab was seriously flirting with the idea of becoming the administrator (and all but committed early last year) but never officially took on the job.

Although Katsur’s statement is equivocal and would seem to leave the door open to the possibility of the Tech Lab serving as the admin for UID2 down the line, that’s an unlikely scenario.

One of the main reasons why IAB Tech Lab is declining isn’t going to change, and that’s the fear of being held liable for violations of the General Data Protection Regulation, especially if regulators in Europe designate the UID2 admin as a controller under the law.

It’s hard to blame the Tech Lab in light of the recent decision that came down from the Belgian data protection authority, which pegged IAB Europe as a data controller for its Transparency and Consent Framework.

By the same token

But the IAB Tech Lab isn’t backing away completely. It already hosts and will continue to host the open-source code repositories for Unified ID 2.0 on GitHub. The Tech Lab will also start working on a technical spec for the secure tokenization of user-level IDs more broadly.

The Tokenization Framework, as the IAB is calling this effort, is intended to serve as a foundation that advertisers and publishers will be able to use to create interoperability between different identity resolution providers. It will live under the wider Project Rearc umbrella and be governed by the Tech Lab Privacy and Rearc Commit Group.

“In that spirit, we will focus our efforts on ensuring more industry participants contribute to and adopt the spec,” Katsur wrote.

In other words, the Tech Lab is retreating to its default position as a standards creator rather than an enforcer.

In addition to GDPR-related concerns, some Tech Lab board members are wary of being held responsible for UID2’s kill switch. If a company in the UID2 partner ecosystem were to violate the initiative’s code of conduct, it would be up to the UID2 admin to unplug the bad actor, something IAB Tech Lab was ultimately uncomfortable with doing.

The Trade Desk, LiveRamp and ID5 are the first three companies that pledged to adopt the framework as part of their solutions.

But building out the Tokenization Framework is going to take time, because building consensus always takes time.

And, in the meantime …

At RampUp earlier this week, The Trade Desk and LiveRamp announced plans to work with European market leaders to develop and deploy a European version of Unified ID 2.0.

The European Unified ID (EUID), as it’s being called, will be created with GDPR and consent framework limitations (oh, hi there, TCF) in mind.

Like it did before open sourcing the code base for UID2, The Trade Desk will lead the creation of EUID, and LiveRamp will provide the infrastructure to bring the ID to market through its Authenticated Traffic Solution.

The Trade Desk was very keen to launch UID2 in Europe. During a meeting of IAB Europe’s Post Third-Party Cookie Task Force early last year, a Trade Desk representative intimated that failing to launch in Europe would be tantamount to a failure of the UID2 initiative as a whole.

Hence, the push for EUID. But the same challenge will crop up for EUID as currently faces UID2 – as in, who’s going to be the admin?

IAB Tech Lab is not currently involved in the EUID initiative. According to Katsur, however, “Tech Lab is amenable to revisiting the role of running any necessary global infrastructure at a future date.”

(But which entity ultimately fills the admin shoes for EUID is a moot point according to some who don’t think the initiative itself is viable. In answer to the question of whether the European Unified ID has a chance at succeeding, one industry insider didn’t mince words: “Zero chance in hell.”)