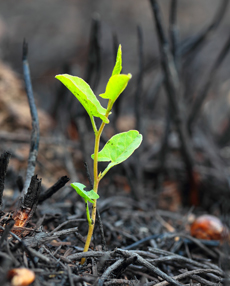 Like the little engine that could, digital and programmatic ad spend will do better than expected in the second half of the year and beyond.

According to revised stats from eMarketer, United States digital display spending will grow by almost 10% this year (vs. a prediction over the summer of just 6.2% growth), while overall digital spending is set to grow 7.5%.

These numbers are “considerably more optimistic for this year and next year than we were in June,” Perrin said.

Before the pandemic took hold, eMarketer was anticipating 17% growth in digital ad spending in the United States for 2020. After COVID hit, however, it was clear that wasn’t going to happen and, in June, eMarketer revised its outlook down significantly.

At that point, eMarketer expected overall digital ad spending to rise just 1.7% in 2020 which, Perrin pointed out, is one-tenth of the previously forecasted growth rate. That dire prediction included 5.5% growth in spending on display ads.

But digital still isn’t set to do as well as it was before the pandemic.

Programmatic growth for the year is still “way down from normal rates of growth,” Perrin said.

EMarketer anticipates a return to the normal growth trends for programmatic in 2021.

There’s also some decent news on the horizon for retail. Although “in the short term, there is still a lot of pain associated with depressed brick-and-mortar sales,” Perrin said, “in the long term we now have a better outlook for digital ad spending than ever before.”

Based on its revised numbers, eMarketer is now anticipating more media spending in digital channels in 2023 and 2024 than it was forecasting pre-pandemic. “And that’s because of the accelerated channel shift for retail sales,” Perrin said.

“We saw in Q2 reporting from a lot of major digital ad sellers that many were noting ecommerce advertisers were increasing their spending,” she said, “and that led to better-than-expected ad spending over the summer at sellers, including Facebook.”

CTV forever more, and audio no longer in decline

Similar to retailers embracing digital ads with both arms, a trend that Perrin predicts is here to stay, CTV will only continue to grow as people increasingly move away from pricey cable packages.

“Consumers have accelerated the speed of cord cutting, and we don’t expect those consumers to go back to pay TV,” she said. “Meanwhile, on the content owner, distributor and advertiser side, they’ve continued to build those relationships and the infrastructure necessary to make that inventory available programmatically.”

There’s even some pretty good news for audio.

In June, eMarketer predicted a 17% decline in ad spending on digital audio platforms, such as Pandora, Spotify and iHeartRadio. EMarketer now expects 1% growth, which is nearly flat but, hey, better than a 17% dip.

That’s just one of the “benefits of having a super-low base to start with,” Perrin said.