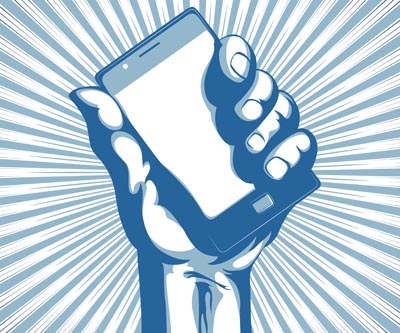 The mobile advertising ecosystem may be in a holding pattern waiting for Apple to release its AppTrackingTransparency (ATT) framework, which should finally happen by March or early April.

But the fact that Apple’s iOS 14 changes will prompt mobile consolidation “is all but guaranteed,” said Matt Barash, SVP of global publishing and platform partnerships at Zeotap.

“I expect to see a handful of industry roll-ups start to take shape born out of both opportunity and necessity,” Barash said. “Expect the unexpected and pass the popcorn.”

With Apple about to implement its ATT framework, we asked the experts, Will the intense uncertainty in the mobile app ecosystem catalyze further consolidation in the space?

We should absolutely expect more consolidation in the mobile app space. As the regulatory environment continues to get tighter, the walled gardens of Apple, Google and Facebook will expand. This will not only result in acquisitions of small players by the big three in the space, but also strategic alliances and acquisitions from mid-level players in an effort to create private data networks to compete against this oligopoly.

Ad tech deal activity has been relatively hot for a number of months and publicly traded ad tech companies have been exceeding expectations. Because of these factors, valuations are likely at an all-time high. I think it's fair to assume that not all vendors in our space have healthy businesses – aka, running at a loss – so if some are already facing headwinds because of ATT, now would be a good time to think about an exit considering the uptick in multiples.

The AppLovin/Adjust deal is interesting because they now have the making of a self-attributing network. I wouldn't be surprised if we see other gaming publishers make similar acquisitions in order to compete, whether it be on the attribution or the bidder side.

I also think it’s interesting to consider how active Blackstone has been in this space. They acquired Liftoff (bidder), Vungle (network) and Murka (gaming studio), and so their portfolio has all the makings of an AppLovin competitor – just without the attribution technology. If Blackstone wanted to roll out an Applovin competitor, all they would need is a tracking technology.

There are players within the mobile space whose futures depend greatly on Apple's enforcement actions, so as Apple makes things clearer, I expect more conversations to occur at all levels.

I think you'll see some serious consolidation and acquisition on the publishing side, similar to Zynga's smart purchase of Rollic last year, in an effort to have a wider breadth of supply to capture more demand in a world with lower device-ID inflated eCPMs. But I don't think that will happen in the very near term, because the people who make those mergers and acquisitions happen want to assess the shape of things after iOS 14.5.

To navigate these unpredictable challenges, there is increasing demand for an integrated tech stack. Several mobile DSPs and measurement companies will be unable to keep up and will look to sell. They may have to do so at lower prices than desired.

On the other hand, the companies looking to buy them are investing to build their larger tech stack. They know they will have to continue investing in product and integration to eventually get value from these acquisitions in the long run, as opposed to short-term gains.

Larger players in the app space will be better off as they have access to more first-party data and inventory. Apple has retained using IDFV – its identifier for vendors – for app owners to measure across their own apps. We can expect to see ad networks buying out smaller players and then creating their own versions of walled gardens and addressing measurement challenges by tracking within their own ecosystems using, for example, IDFV.

Big ticket M&A activity will likely be driven by private equity investment or even a SPAC. It’s widely known that capital is accessible for whoever can crack the code and prompt investors to bet big on ad tech platforms, game developers and measurement tools as a portfolio play.

Strategic activity will largely be driven to leverage scale and strength of signal in a world where companies that can effectively demonstrate both will do battle with the walled gardens for user acquisition and performance budgets. Everyone else will be fighting for the leftovers.

In short: yes. Increased privacy restrictions and limited audience targeting data are diminishing the effectiveness of traditional digital advertising strategies. I expect we will see rapid innovation among data-driven creative solutions. Getting smarter with creative presents the largest upside for marketers, yet most creative processes today involve little meaningful data in the decision-making process.