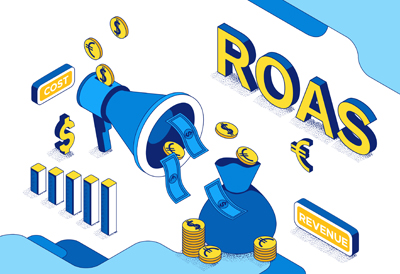 Mobile ad platform LifeStreet released a new version of its DSP on Tuesday that shows developers what’s happening behind the scenes when they make a programmatic buy.

These tests run on a small portion of traffic, and the bid strategies with the best return on ad spend are applied to the overall campaign.

(For the record, Nero is named not after the murderous emperor who fiddled while Rome burned but after Nero Wolfe, an eccentric but brilliant 1930s-era fictional American private investigator who solves crimes without ever leaving his apartment.)

Most of LifeStreet’s clients are large game developers that spend a lot of money on programmatic, including Wooga, Jam City, Huuuge and EA-owned Playdemic.

But its competitors have considerably more scale, so LifeStreet must prove its worth in other ways.

“Being an opaque DSP doesn’t cut it when you’re competing against Facebook and Google or even Liftoff, Vungle and AppLovin,” Matkins said.

(Fun fact: One of LifeStreet’s original co-founders was Adam Foroughi, CEO and founder of AppLovin.*)

“The pipes have pretty much become commoditized, and we all bid into the same supply,” said Matkins, who noted that LifeStreet first started building what later became Nero around four years ago. “And so we’re focusing on predictions and performance, because, at the end of the day, that’s what matters. Show me the return on ad spend.”

Using a combination of impression data and an advertiser’s own first-party data, Nero predicts how valuable any given user is based on the advertiser’s goals. Bidding dynamically on a user-by-user basis helps decrease the average cost per install and increase the overall return on ad spend. There’s also a UI in Nero for creating lookalike segments.

But the real differentiator is helping advertisers understand why the system makes its decision, Matkins said.

“It’s about accountability and being able to look back to see exactly what it was that led to better results so you can keep making informed decisions,” he said. “When you’re dealing with a black box, you can’t parse out what’s happening.”

Playdemic, for example, which was acquired for $1.4 billion last year by Electronic Arts, is always looking to optimize each part of its user acquisition funnel, said James Woodmansey, the game studio’s head of user acquisition marketing.

It’s “critical” to have as much transparency into bidding as possible, Woodmansey said, so that Playdemic can understand where and how its budget is being used. Otherwise, performance suffers.

But some advertisers want even more control.

Today, LifeStreet is a managed service offering, but Matkins said the company plans to launch a self-serve option later this year.

Self-serve is a big experiment for LifeStreet, he said, but there is evidence that app advertisers have an appetite for some level of in-housing.

Over the past couple of years, multiple startups, including Kayzen and Dataseat, have launched programmatic in-housing services for mobile advertisers.

“Long term, we believe some of the biggest developers and platforms will want people in house managing their buying,” Matkins said. “At the very least, I think we’re going to see people adopt a hybrid model, which is why we’re building solutions so we can be on that journey with them.”

Hybrid is almost always the way to go, because it’s a flexible approach, said Playdemic’s Woodmansey.

“This assures we get the support of the teams that know the platform best while still maintaining direct control over the campaigns, which allows us to make ad hoc changes in our strategy when necessary.”

*Another fun fact: During the height of FarmVille’s reign on Facebook circa 2009, LifeStreet was one of the largest ad networks for monetizing Facebook web apps. When the winds shifted around 2012, so did LifeStreet. The company redirected its focus to mobile and built programmatic technology for app user acquisition.