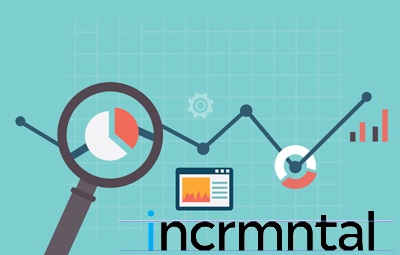 INCRMNTAL, a startup focused on incrementality testing and measurement, launched on Monday with $1.4 million in pre-seed funding.

The round includes participation from a handful of angels, early stage venture firm toDay Ventures and the Mobile Dev Memo Investment Syndicate, an initiative that vets seed and pre-seed opportunities in the mobile space.

Interest in incrementality, which is the measurement of the true impact of ad spend (as opposed to conversions or other KPIs that would have happened anyway) has been slowly picking up steam over the last couple of years.

But Apple’s approaching IDFA deprecation is accelerating the trend, said Maor Sadra, CEO and co-founder of INCRMNTAL and the former CEO of Applift.

“Last touch is a great proxy, but it’s not good – and hasn’t been good – for the industry,” Sadra said.

The last-touch attribution model has dominated the app install world largely because that’s how ad networks have been incentivized. But last-touch relies heavily on individual identifiers, such as device IDs, for whom the bell will soon toll.

Even without Apple’s shot across the bow, more users are opting to turn on Limit Ad Tracking, while self-attributing networks, such as Facebook, “get to front run other networks with conversion claims, especially view-through conversion claims,” said Eric Seufert, creator of the Mobile Dev Memo Investment Syndicate and an investor in INCRMNTAL.

“These factors made ‘deterministic’ attribution impossible on mobile,” Seufert said. “Incrementality measurement has become more popular as a means of assessing the underlying value of spend across channels – [and] all of this will be compounded by the deprecation of the IDFA.”

Sadra and his co-founder, Moti Tal, former CTO of Inneractive and co-founder and CTO of mobile marketing platform Simplaex, started working on their incrementality solution before Apple made its IDFA announcement in June.

But once Apple dropped its bombshell, the inbound ramped up, even though the product is still in the development phase.

The solution INCRMNTAL is working on doesn’t depend on device IDs, Sadra said, “and we don’t care about impressions and clicks – incrementality looks at conversions, cost and revenue.”

The plan is to release a beta version of the INCRMNTAL platform in the first quarter of 2021, which should coincide with Apple’s revised timeline for the IDFA restrictions in iOS 14.

The software will ingest data through an API or stream it in through mobile measurement platforms without the need for an SDK. INCRMNTAL has integrations in place with Adjust, AppsFlyer, Kochava, Singular and Apple’s SKAdNetwork. The platform itself will be self-service and use AI to enable mobile apps to run their own incrementality tests.

Jam City has been working with INCRMNTAL for the past few months to identify use cases for incrementality measurement and examples of cannibalization, which is when organic results are erroneously attributed to paid marketing efforts.

The cannibalization problem, combined with the highly-flawed last-touch model and the moves Apple is making on the IDFA front means that incrementality is about to have its moment.

INCRMNTAL is headquartered in Tel Aviv. In addition to Sadra and Tal, the company has two engineers, one data scientist and one product/business intelligence person. The plan is to stay lean.