The New York Times reports that Chinese-owned TikTok and WeChat will be removed from all United States app stores (all two of them) starting Sunday, Sept. 20, as per an executive order from the Trump administration issued Friday morning.

Read the full executive order from the Commerce Department.

The order will bar Apple and Google from making TikTok and WeChat available to US users for download in the App Store and the Play Store. WeChat will no longer be able to process or transfer funds in the United States beginning Sunday.

If TikTok is unable to assuage the government’s national security concerns by Nov. 12, the same restriction will go into effect for its operations. (None of this affects users or business transactions outside of the United States.)

But what does all this fanfare mean for advertisers?

For TikTok, “there’s no immediate action for advertisers outside another layer of uncertainty,” said former GroupM chief digital officer Rob Norman, noting that the executive order doesn’t appear to contain a specific callout that defines ad sales as an in-app transaction.

“It seems to me that this is all about the optics of electioneering, [and] the real news will have to wait ’til November,” Norman said. “Users should see relatively little experience degradation on WeChat or TikTok before then.”

Even so, advertisers already started to pull back from TikTok for Q4 spending after the first executive order hit the fan earlier in the summer, said Humphrey Ho, managing director for North America at Chinese digital marketing agency Hylink Digital.

With the current announcement, any outstanding holiday season, New Year-related and early Q1 ad spend is “probably being diverted, since there are other platforms that can accomplish the same targeting,” said Ho, pointing to Instagram Reels and Snapchat. Both have benefited from shifting spend, he said.

An executive at a large media buying agency told AdExchanger that the impact of the ban should be limited in the short term, because TikTok already has such a large and active install base in the United States. Although current users won’t be able to download updated versions of the app, they will still be able to use the version they’ve got.

In the medium to long term, though, “as top-of-mind cache is reduced and people seek out alternatives and gain new habits” outside of TikTok, there are a slew of questions about the app’s future, the executive said.

Will creators flee? How many people will use a VPN to circumvent this ban, and how inaccurate will geo-targeting become as a result? Will platforms actively block TikTok and WeChat content from being cross-posted? How will the platform stability, security and functionality erode without fresh patches and updates? Will the administration make a move to specifically limit TikTok’s ability to monetize? 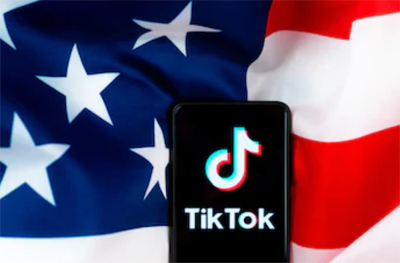 But how did we get here?

There’s been nonstop drama for TikTok since early July when Secretary of State Mike Pompeo said that the government was considering a ban of all Chinese social media apps on national security grounds.

Since then, TikTok has danced with suitors strange, from Twitter, Walmart and Microsoft, whose bid was eventually rejected by ByteDance; to Oracle, which will enter into a “trusted technology partnership” with TikTok by which Oracle will host TikTok’s user data and review TikTok’s code for security issues.

The Oracle/TikTok deal still needs US government approval, and it’s unclear whether ByteDance’s partnership with Oracle will be enough to placate the Trump administration.

Also unclear is whether Apple and/or Google can or will sue the administration over this current ban.