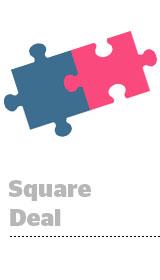 For Placed, life at Foursquare is a lot different than life was at Snap.

Case in point: Foursquare and Placed completed the integration of their first-party audience data sets into a single attribution product within 90 days of the acquisition, which closed this summer.

Snap sold Placed to Foursquare in May after acquiring the company in 2017. During the two years of Snap’s ownership, media buyers were flummoxed as to why Snap didn’t seem to take more advantage of the assets it brought on board with Placed.

But it was by design, said David Shim, founder and CEO of Placed and now president of Foursquare.

“With Snapchat, things were kept at arm’s length to maintain a separation between church and state, between media and attribution,” Shim said.

But Foursquare always planned to merge Placed’s data, and both companies’ focus on location helped avoid the normal technical challenges that come along with any integration, Shim said.

Foursquare gets its data from consumer-facing apps, including a check-in app called Swarm, and through partnerships with developers that carry its SDK. Placed’s data primarily comes from an opt-in panel of users who agree to share their offline behavior in exchange for rewards.

The two audiences together add up to more than 13 million mobile devices, which Shim emphasizes are derived from persistent, opted-in data at the SDK level.

Next, Foursquare plans to roll out new products based on the combined offering. The first, already in market, is next-day offline reporting.

“The idea is that you can see if what you’re doing is working right away vs. having to wait until the end of a campaign,” Shim said. “From a publisher perspective, it can take a week or more to see the impact of a campaign.”

The goal is to make location data actionable rather than reactionary. That’s the main theme of the Foursquare/Placed road map going forward, Shim said.

“If you know that an ad someone saw yesterday drove that person into the store today, you can get closer to something like real-time optimization, which represents a shift in how we can look at measurement,” he said.

Foursquare also recently updated its omnichannel reporting to process TV and digital data on a daily basis; released a free version of its SDK for developers; and put out a self-serve feature for campaign creation and measurement, none of which would have been possible for either company on a stand-alone basis, Shim said, at least not in the near term.

“Now that we’ve brought the teams together, we can develop much faster,” he said. “And you’re going to see us get a lot more aggressive in terms of making location data accessible to people, to open up location to a broader audience.”

But Foursquare is also going to tap the breaks when the bounds of privacy, and propriety, call for it. Jeff Glueck, the company’s CEO, went so far as to write an op-ed in The New York Times earlier in October calling on federal lawmakers to regulate the location data industry.