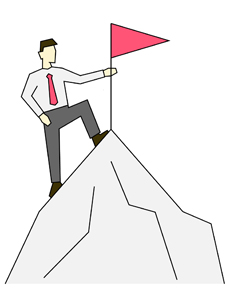 After a harsh first half of the year – Q2 was particularly gloomy – the M&A market is starting to rebound.

Deal activity was up in the third quarter with particular momentum in gaming and digital audio, although ad tech and mar tech made a respectable showing, according to a Q3 market report from investment bank LUMA Partners released last week.

Toward the end of Q2 and into Q3, conversations that had been on hold since March resumed, “especially on the strategic side of things, rather than capitulation deals where companies just try to get something for cheap,” said Conor McKenna, a VP at LUMA.

Even so, M&A activity is still down year over year, and 2020 is on track to be the slowest year for deals observed by LUMA since 2015, which is when it first started producing its market reports. Deal volume in Q3 2020 was down 40% year over year.

But back to the good news

There are a few factors that drove the revival in the third quarter.

For one, ad spend (if not the economy overall) is experiencing the beginnings of a V-shaped recovery, which is characterized by a steep decline followed by a relatively quick bounce back to the pre-crisis baseline.

EMarketer recently revised its 2020 forecast for US digital ad spending growth to 7.5% up from 1.7%, which is what eMarketer was predicting as of June. That’s still far below eMarketer’s pre-pandemic prediction of 17% growth, but digital spending is set to increase dramatically over the next few years.

At the same time, the pandemic has fast tracked the shift to digital for consumers who are now spending more time playing games, listening to podcasts, shopping online and watching content, including AVOD.

“Everything is being pushed even more toward digital-enabled connections,” McKenna said.

Case in point, DTC saw the largest increase in deal activity, according to LUMA. The most significant deals were Uber’s acquisition of Postmates in July for $2.65 billion and Bayer’s move to acquire a majority stake in vitamin and supplement startup Care/of, which has a valuation of $225 million.

The rationales here are only partially COVID-related. “These moves were accelerated by shifting consumer behavior and people staying at home,” McKenna said. “It’s likely they would have happened anyway, but it would have been at a much slower pace.”

Speaking of staying at home, gaming and streaming almost immediately became the peanut butter and jelly of quarantine, and the consumption habits that developed during the earlier part of the pandemic appear to be retaining.

“People are spending as much time if not more playing, and more people are cutting the cord and watching the TV they would have watched anyway, but via subscriptions tied to IP delivery rather than coaxial cable,” McKenna said.

As a result, content owners have been both bulking up their portfolios and making an effort to verticalize.

Those latter three deals are good examples of strategic M&A in the ad tech space reawakening after a very dry 2020.

VCs have also started writing checks again, and there were a surprising number of financing deals during the third quarter.

“You see VCs continuing to put their money to work,” McKenna said. “Sophisticated investors can take data and normalize it outside of COVID to test their hypotheses.”

There’s even some decent news for ad tech companies on the public market.

The ad tech sector rose 18.7% in the aggregate during Q3, according to LUMA, with The Trade Desk as the biggest gainer, up 23.9% in the third quarter after growing its market value 134% in Q2.

“There was concern at the outset of all this about what would happen to advertising, especially ad tech,” McKenna said. “But ad tech is digitally enabled and we’ve seen companies getting back to their numbers with a better outlook for the future, which is leading to seemingly increased investor optimism in the sector.”