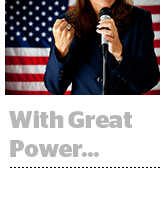 Google will block political ads after polls close on Election Day to avoid confusion during an expected delay in results, the company told advertisers Friday. Any election-related ads running through Google’s ad-serving platforms will be banned, as will ads that target election-related search queries, Axios reported. The ban will likely last for a week minimum. But will an ad ban really matter, when misinformation can easily find other means of spreading on tech platforms?

Regardless, the block adds to what is already shaping up to be a challenging time for political advertising, which will likely face approval delays due to a projected deluge of ad buys. Google has warned advertisers to expect ad creative approvals to take as long as two days, “and we will not be able to expedite requests during that time given the volume.”

Programmatic is making it hard for publishers to identify and evaluate political ads that are mislabeled, misclassified or have their domains obscured, Digiday reports. The Trump campaign, for example, has classified ads as Business & Industrial, Computers & Consumer Electronics and Finance, as well as for different brands, such as Kraft Heinz. Oftentimes, the publisher doesn’t learn about the ads until they receive irate emails from readers. Despite any potential uproar, however, it’s hard to say no to those dollars. (Political ad spend is expected to top $1.3 billion this election.) “Our editorial leadership isn’t happy about it, but we’ll take political advertising of all sorts,” said one chief revenue officer. “It’s going to polarize most of our audience, [so] we try to minimize it as much as possible.”

Fortnite owner Epic Games has acquired SuperAwesome, which helps connect brands with younger audiences in privacy-compliant ways. Its AwesomeAds product allows developers to offer privacy-compliant ad monetization in apps and games reaching “under 16” audiences. This is not about putting ads in Fortnite but allowing developers who build on Epic’s Unreal Engine to do so. “Epic is very focused on privacy with everything that they do. We saw growing alignment with [SuperAwesome] about the future of the internet and the importance of kids, family and privacy,” said Dylan Collins, CEO of seven-year-old SuperAwesome. VentureBeat has more. Terms weren’t disclosed.