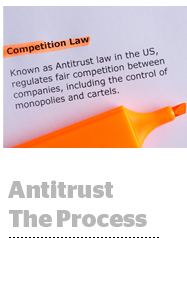 “Break up Big Tech” is a good sound bite for presidential candidates on the stump. But antitrust regulators in the United States and around the world aren’t rushing to sharpen their scalpels just yet.

While there’s no denying that companies like Google, Facebook, Amazon, Apple and even Netflix “are extremely strong,” their size in the market doesn’t automatically translate into an antitrust concern, said Isabelle de Silva, president of the Autorité de la Concurrence, France’s national competition regulator.

“We have heard a lot about the fact that big is bad, that big is a threat in itself, [and] this has led to the suggestion that we should dismantle some of these big players,” de Silva said Thursday, addressing a room of lawyers and economists at Fordham University’s annual conference on international antitrust law and policy in New York City.

But breakups are an extremely rare antitrust remedy.

“You must always remind yourself,” she said, “there have been large companies before.”

And so regulators are largely taking a measured approach, at least initially, by stress-testing existing regulation in the face of novel challenges posed by “new phenomena, new companies and, in a way, a new economic order,” said Andreas Mundt, president of Bundeskartellamt, the German federal cartel office.

Here are six topics that are top of mind with anticompetition authorities as they grapple with the digital economy.

Although data privacy and competition are issues that clearly intersect, there are separate bodies of law that govern each. There’s a debate swirling in academic and legal circles right now, especially in the United States, over whether privacy and data security should factor into antitrust analysis and lead to possible antitrust action.

But it’s a mistake to conflate.

“As enforcers, we have to remain extremely vigilant and ready to take action, but competition is not the magic solution for everything – we simply cannot solve all of the problems in the world,” said Kris Dekeyser, director of policy and strategy at the European Commission. “Those in charge of enforcement for other disciplines also need to do their part.”

A network effect, in the antitrust context, occurs when the value of goods or services improve the more people use them, like a social network with a critical mass of users or a search engine that gets smarter with every query.

Is this “evidence of innovation – or can it be cast in any way as connected to misconduct?” said James Keyte, director of the Fordham Competition Law Institute.

Historically, the theories of harm at the heart of antitrust cases have been largely intuitive. There’s price discrimination, coordinated price fixing, bid rigging or some other form of collusion.

But what’s the theory of harm for a data-driven business model when a service is being provided for free in exchange for nothing other than data?

“We all know that data contributes or can contribute to market dominance,” Mundt said. “[But] do we have the tools to tackle this issue? It’s still a bit of an open question if that’s doable.”

Few would argue that competition law, and the way it’s applied, doesn’t need to be sharpened to deal with the digital economy.

But the law as it stands is actually quite adaptable to new challenges, said Daniel Francis, associate director for digital markets at the Federal Trade Commission.

“Sometimes we’re in danger of forgetting just how flexible our antitrust laws are,” he said.

In the United States, for example, antitrust enforcers have the power to challenge consummated mergers. And, in Europe, enforcers were recently able to use existing law to find Google guilty of antitrust behavior in cases related to Android and Google Shopping, resulting in more than 8 billion euros in fines.

With that in mind, there’s a growing trend toward antitrust enforcers trying to be a little more proscriptive with their remedies, de Silva said. Rather than pushing for a breakup, for example, tell a company when their business practices are problematic and what needs to change.

Competition authorities are also trying to pick up the pace of their enforcement. Antitrust cases can take years to develop and prosecute, and technology isn’t waiting around.

Down the line, there could be some kind of additional regulation of certain behaviors to help competition agencies react more quickly, Mundt said.

“We’re always asked to get faster, and I think we do need to get faster as competition agencies,” he said. “Any app on your smartphone is updated nearly weekly, business models change … and yet it takes us years to come to the end of a case.”