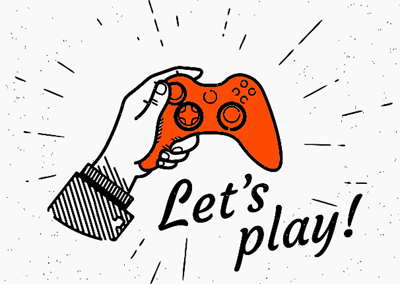 The increase in time spent with games during the pandemic wasn’t an aberration.

People are still gaming, even with the onset of nicer weather and the fitful reopening of the economy.

French game studio Gameloft saw a significant uptick in new players throughout March and April, which continued steadily into May with the arrival of spring.

“And we are now entering summer, which is usually another peak in terms of audience engagement,” said Casey Campbell, Gameloft’s managing director for North America. “The trends are starting to combine.”

Although more engagement doesn’t always translate into more monetization, gaming has been a notable exception amid COVID-19.

Gameloft’s programmatic partner, SpotX, for example, saw a roughly 439% increase in the amount of available ad inventory across egaming publishers between March and early June – with ad spending in the gaming vertical up 749% over the same time period.

Casual gaming and egaming saw the most dramatic boost, said Ryan Kenney, VP of platform at SpotX, and attracted a portion of the dollars that would normally have gone to live sports.

“Advertisers still covet those audiences, even as consumption is shifting to new outlets, like gaming,” Kenney said. “Casual gaming audiences and TV audiences are actually pretty similar and almost mirror each other.”

With that in mind, SpotX worked with monetization platform Playwire to create new inventory packages predominantly made up of gaming inventory to make it easier for advertisers to dip their toe into gaming.

For some advertisers, though, the pandemic has only accelerated an existing interest in the gaming audience. For the last two years, Molson Coors, for example, has been ramping its media investment in gaming and esports for many of its most popular brands, including Miller Lite and Coors Lite.

During the pandemic’s stay-at-home orders, Molson Coors saw the 21- to 24-year-old segment shift more of their time to gaming platforms, Twitch in particular. Molson Coors reacted in kind by increasing media spend in the gaming space, said Brad Feinberg, VP of media and consumer engagement.

Of course, there’s only a finite amount of time in a person’s daily life. As much as time spent with games is on the rise, something’s gotta give, especially as people start to spend more time outside, which is only healthy, said Nathan Thomas, VP of product and innovation at Playwire.

“But there’s no doubt that a lot of that consumption will remain sticky – just look at the Switch, which sold phenomenally during the pandemic,” Thomas said. “Nintendo couldn’t even keep up with the demand.”

Nintendo sold more Switch consoles in March than when the product first launched in 2017.

“We saw that people who already play games played more when they had more time on their hands, but many of the people who bought these devices could be first-time gamers,” Thomas said. “Once pulled into the gaming space, many of these new players will probably remain there.”

Since mid-March, Gameloft’s audience has increased by 18% with a 17% lift in daily time spent, some of which Gameloft attributes to new or “curious” players. The challenge now is converting new players into recurring gamers, Campbell said. The best way to do that is by creating compelling in-game content.

“Each update is a chance to optimize the game,” Campbell said, “and to provide more joy and engagement to the audience with a better experience.”