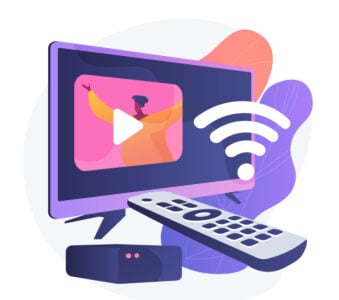 It’s no secret that ad tech players are hedging all bets on connected TV.

There are still a lot of unanswered questions, from transparency in the media buying process to simply counting audiences, which isn’t so simple after all. But CTV is where the viewers are going, and ad tech at large is trying to cash in on the gold rush.

In an attempt to take advantage of the opportunity, ad tech players, including recently public ad verification company Integral Ad Science, are rapidly reorienting their media strategies to make CTV a priority.

But the “cord-nevers” need to be counted, too.

And so IAS acquired CTV ad server Publica in August, less than two months after its IPO.

“CTV is the first inning of a long game,” said Utzschneider, who noted it could be a “two- or three-year play” or more.

IAS first started hatching its plans for CTV back in 2019. Utzschneider claims IAS was the first verification company to launch verification tools for CTV, such as fraud detection and video play completion.

But growing demand from marketers trying to lean into CTV led to IAS’s acquisition of Publica last summer.

As a programmatic CTV ad server, Publica allows IAS to help publishers see which ads are running on their inventory, an area where transparency has been lacking, said Ben Antier, CEO of Publica.

The logical next step, Utzschneider said, is to invest in IAS’s other most promising growth engine: contextual targeting.

Most of IAS’s growth currently lies in programmatic, and its biggest driver of that revenue line is a product it calls Context Control, which helps shift ad dollars into brand safe environments.

IAS also bought a French contextual advertising startup called Context in January to bolster the AI tech behind Context Control, which was responsible for around 38% of revenue in the fourth quarter.

The acquisition of Context gives IAS the ability to analyze video in addition to text, Antier said. IAS can score the metadata Publica has access to through its publisher relationships, then create contextual segments based on the analysis of video content.

“Layering that data on both the content and the advertising side … allows us to double down on key international markets and enriches data for both sides of the industry,” Utzschneider said.

According to Utzschneider, the biggest reason marketers are hesitating to shift their linear TV dollars into CTV is because they fear having less visibility into where their ads are showing up. Tying together its contextual and CTV strategies is an attempt to bridge that gap.

Since acquiring Publica, IAS has already started to launch what Utzschneider called transparent metrics that combine IAS’s data assets on the buy side with Publica’s assets on the video publisher side to ascertain device type, app, category and genre.

The goal is to give marketers a “better understanding of where their ads are running in programmatic CTV,” Utzschneider said.

But, still, there’s some reticence on the buy side.

“Buyers are not leaning fully into CTV yet because of a lack of trust and transparency,” Antier said.

Neither IAS nor Publica is involved in buying or selling inventory, which puts the combined company in a “unique position to address both sides while remaining completely tech and media agnostic,” Antier said. 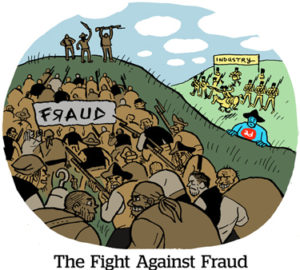 But in Antier’s view, SSAI will “bring [TV] into the next age of advertising.”

“SSAI allows for a seamless stream of content plus ads to any device and makes sure that stream is secure,” Antier said, pointing to IAS and Publica’s involvement with the IAB Tech Lab, which is working to develop industry solutions for CTV that also prioritize privacy and security.

Making the CTV media buying process easier, which was also part of the rationale behind IAS’s acquisition of Publica, should also help improve the viewer experience by addressing a major pet peeve among viewers: repeating ads.

“Tech can prevent [overfrequency], but if you don’t have the demand coming through, you’re just going to serve slates or house ads,” Antier said. “So, the goal is also to increase the pool of advertisers that are able to buy this inventory – which also allows publishers to maximize yield.”

There’s no reason both sides of the supply chain can’t be in a position to win, Antier said.

“As we build the right standards to increase security in the ecosystem, and as we bring the right contextual tools to marketers, a lot more players are going to lean into the programmatic CTV space,” Antier said.