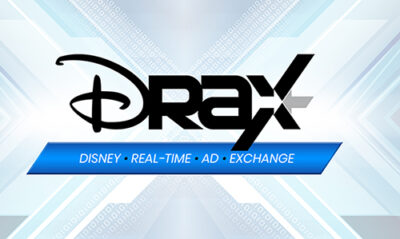 Disney, which holds the crown in entertainment, is now also wearing all the ad tech hats.

Disney launched the Disney Real-Time Ad Exchange (DRAX) last year with a goal to automate more than half its ad sales business within five years.

This week, the company is hosting its Tech and Data Showcase, the second such product reveal since launching DRAX.

“Programmatic really took off in the video space because [of] programmatic guaranteed, [which] in its simplest form is just the automation of a direct-sold deal,” said Matthew Barnes, VP of programmatic at Disney Ad Sales.

But this year’s rodeo will be about demonstrating the value of Disney’s programmatic platform, “not just announcing new products,” Barnes added.

A lot can happen in a year. For one thing, he said Disney’s programmatic team, which started off as a group of five, has now grown to more than 40 people.

DRAX is Disney’s header bidding solution, which “creates parity across marketplaces, calling [all bids] simultaneously,” Barnes said. The header bidding tech is plugged in with SSPs including Magnite and runs in the background across all Disney campaigns.

The tech allows Disney to sell inventory concurrently through biddable environments, including through direct-sold and programmatic-guaranteed deals.

Real-time bidding and direct TV deals have a strange synergy. A broadcaster can’t give all its inventory to programmatic, even if the CPMs are great, because it has commitments to big brands. But TV ad guarantees are often based on reaching X percent of, say, men aged 18-35 years old in the Milwaukee market – that’s how television GRPs work. (Advertisers don’t pay per commercial, but per percent of the market the campaign covers.)

If Disney once served 500,000 ads to reach X percent of young men in Milwaukee and targeted advertising can reach the same total audience while only serving 350,000 ads, Disney can create 150,000 additional impressions practically for free.

Since its launch last year, DRAX increased Disney’s biddable transactions by 70%, while running over 8,000 video ad campaigns, Barnes said. “So we’re feeling really good about the progress we’re making toward [our] goal of fully automating over half of our addressable business.”

“Live events in the streaming and addressable space is still a white space in the industry,” Barnes said. DRAX is a vehicle for advertisers to tap into that market.

In the fall, Disney published a playbook designed to be an advertiser’s guide to successful programmatic live event campaigns.

Perfecting the offering will be one of the main focuses for Disney Ad Sales this year, Barnes said.

“ESPN Plus is [already] such a big piece of our streaming strategy,” he said, and transacting inventory within live sports really creates a “digital environment where programmatic is primed to be successful.”

In 2019, for instance, The Trade Desk was the first DSP to bid on Disney live sports streaming. The Trade Desk CEO Jeff Green said it was a particularly valuable source. Live sports commercials generally go to sponsors. However, when a game goes into overtime, for example, there’s often a large, engaged audience, but the broadcaster is stuck replaying sponsor ads from earlier in the game or defaulting to a house ad, rather than auctioning the unit to advertisers who’d pay a premium.

Disney Select has been on the market – but as of this week, those audience segments “will be available in a biddable environment for the first time,” Barnes said.

“Our first-party data offering is quickly becoming a currency that we’re working on with all our advertisers,” he added.

And speaking of currency, Disney also unveiled new plans for its measurement approach.

On Tuesday, Disney Ad Sales made its next strides with new measurement options. It will be working with Samba TV, Nielsen and Comscore to build and pilot new and expanded solutions on that front.

“We don’t have a one-size-fits-all measurement solution – we’re really looking to collaborate with a bunch of vendors,” Barnes said. It’s all about “providing optionality.”