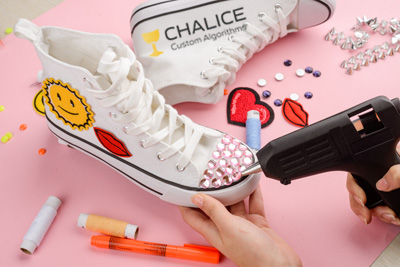 Programmatic agency veteran Adam Heimlich has a new venture whose goal is to be a thorn in the side of the mega ad platforms.

Chalice is a new marketing and data science consultancy that helps brands create custom algorithms to use with their demand-side platforms, rather than relying on the one-size-fits-all AI provided by Google and Facebook. It will charge clients on a simple CPM basis.

“We want to bust the myth that Google and Facebook have the best predictive models for any given client,” Heimlich said.

Not to mention, he said, that all of the data a brand shares with Facebook and Google serves to make the platforms’ algorithms smarter – algorithms that the brand’s competitors also use.

Heimlich will serve as CEO of Chalice, which he founded with his wife, Ali Manning, a former Google and Snapchat executive who’s crafting Chalice’s go-to-market strategy. IgnitionOne’s former chief data scientist, Ken Rona, is taking on the same role here.

A big part of the pitch is that algorithms aren’t magic. Rather, it’s the data and inputs you feed into them and the KPIs you set that makes the difference.

“When you change the signals and the outcomes to things that are closer to what matters for your business model specifically, you’ll end up with a more effective driver for your business overall,” Heimlich said.

Demand-side platforms are increasingly open to accepting custom algorithms and unbundling the bidding machine from the predictive modeling piece. Beeswax is a good example of this.

“Machine learning technology has been improving every year for years, and brands aren’t capturing that value – they’re making Facebook’s business better,” Heimlich said. “But if you invest in making this change, then every time the technology gets better, so do your results.”

To help woo advertisers away from the platforms, Chalice will price match its service for any businesses that shift their budget from Facebook or YouTube to one of its custom algorithms. Chalice is also offering its services for free through the end of August to certain nonprofits, particularly those that focus on political candidates that support police reform and voting rights.

But some brands don’t need to be wooed away from the walled gardens. They’re already fed up. (See the growing advertising boycott against Facebook.)

One is Jessica Kia, a co-founder of DTC towel brand Havly who is interested in piloting Chalice’s service. For Kia, who’s worked in digital marketing for 19 years, it’s not just a matter of getting back more control – it’s also a moral question.

“What has been the most alarming evolution,” Kia said, “was watching Facebook allow the same powerful tools we use to sell towels be used for oppression, division and amplification of disinformation.”