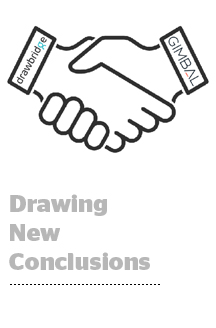 Drawbridge, one of the last major cross-device indies, is selling its US media business to location data platform Gimbal, shutting down its self-serve ad platform and getting out of the advertising biz, AdExchanger has learned.

Drawbridge’s media team and the company’s entire book of managed business is transferring to Gimbal. Both companies declined to share financial terms or say how many customers Gimbal is getting or how many employees are changing hands.

But Gimbal, already a Drawbridge customer itself, will get special access to Drawbridge’s graph technology, including data its ad ops team can use to optimize campaigns in real time rather than waiting for the graph to get refreshed, which usually doesn’t happen more than once a week.

Although no IP or technology was included on this go-round, Gimbal has the option to purchase parts of Drawbridge's homegrown demand-side platform at a future date.

The deal, which closed May 3, comes roughly two months after Drawbridge shuttered its media buying-group in Europe, where May 25 – the enforcement date for the General Data Protection Regulation (GDPR) – is bearing down like a freight train.

In less than three weeks, companies without a legal basis or consent to process the personal data of EU citizens are up the creek. And an ad tech vendor selling probabilistic cross-device graph technology, for example, would have serious trouble proving the former and a borderline impossible job obtaining the latter.

But getting out of Europe wasn’t primarily about GDPR, Drawbridge CEO Kamakshi Sivaramakrishnan told AdExchanger.

Sivaramakrishnan claims closing her company’s UK office in March was prompted by the same motive behind selling its media business to Gimbal: a desire for strategic focus.

Beyond the conflict of interest inherent in selling media and data at the same time, it’s difficult to achieve and maintain scale.

Free of both its media arms, Drawbridge can devote more time and engineering resources to its data licensing and software-as-a-service products for non-advertising-related use cases, like security, authentication and fraud and risk detection.

“We made the choice to double down on a pure enterprise licensing model,” Sivaramakrishnan said, noting that it’s something she would have loved to do earlier in the company’s life.

But when Drawbridge was founded in 2011, there was a lot of skepticism of the probabilistic approach to identity matching. Deploying probabilistic data to paid media, however, was an easy way to quickly educate the market that identity-based solutions aren’t just the preserve of walled gardens with deterministic hooks. It was also an easy way to generate revenue.

“To demonstrate the value of the data, we showed marketers they could lower their cost per acquisition and publishers that they could be more effective with their monetization,” Sivaramakrishnan said. “Now we’re expanding to other use cases. Getting away from the advertising business is something we considered over a long period of time, and now we’re finally on the point of executing.”

To be fair, it’s also tough out there for the last big independent player in a space where nearly all of the competition has been acquired outright. Drawbridge, which raised more than $53 million since 2012, has watched many of its peers get snapped up one by one: first Tapad, then Crosswise, then Adbrain.

“Marketers want to know they aren’t serving ads to random devices,” he said. “[And we’ve] seen the impact high-quality location data can have on showing consumer intent for marketers with a physical component.”

The acquisition of Drawbridge’s media unit also provides scale and a larger footprint in the market. With the media business on board, Emrich claims his company will become “immediately profitable by consolidating our operational teams.”

Drawbridge isn’t the only cross-device player to offload its media business in recent months. Tapad sold its media arm to social marketing tech firm Brand Networks at the end of January.

But although the deals look similar on the surface – cross-device company exits media business stage left – the strategies are distinct. Tapad is staying squarely in the marketing services game, and Drawbridge is casting a different net.

“Divesting the managed media business gives us increased velocity,” Sivaramakrishnan said. “Our go-forward strategy is about the opportunity for identity outside of the advertising use case.”