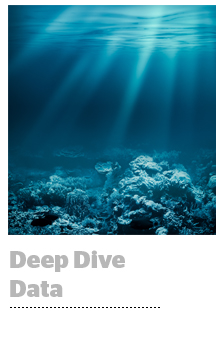 “And it’s for advertisers that want to go deeper on analytics,” said Jon Schulz, CMO at the Meredith-owned ad tech platform, which launched its data lake solution out of beta on Monday.

Think of the data lake as a customer data platform on speed or the love child of a data management platform and a data warehouse for vast quantities of structured and unstructured data, from deterministic and household-level data to server logs and the impressions generated by an advertiser’s own campaigns.

The tool is for when prepackaged analytics reports and data visualizations on a dashboard aren’t enough. Sophisticated advertisers can run complicated queries against the entirety of their data assets.

Viant also layers in access to its identity graph, made up of subscriber data on more than 250 million people, so advertisers can track persistent identifiers across channels and connect activity back to devices or household identifiers.

“Large advertisers don’t just advertise on one platform – they’re working with lots of publishers and platforms. They’re using lots of different tactics and techniques,” Schulz said. “We tie it all together with an identity graph.”

A data lake, Schulz said, is best suited for data scientists and analytics people rather that the average media buyer. The type of person who can get the most of out of it is someone who knows how to run SQL queries.

“The beauty of the data lake environment is that we can create rules for an individual situation,” said Aaron Gwin, digital director of strategy and insight marketing at Omnicom agency Zimmerman Advertising, where he handles digital strategy and analytics for Nissan.

Gwin’s team at Zimmerman, an early beta tester of Viant’s data lake, is able to use it to answer all sorts of questions he previously thought were “unanswerable.”

For example, Nissan recently asked its agency to do research on frequency and figure out exactly how long it takes for someone to convert after seeing one ad but no other impressions.

“That’s just not the sort of thing you can easily address with the analytics tools you get from ad servers or creative ad builders,” Gwin said. “It’s something you have to go into an unstructured environment like a data lake to get.”

If a query turns out to be interesting and advertisers want to track the data over time, Viant’s workflow automation tool lets them schedule and run unique daily reports.

Although the information Gwin gathers isn’t always applicable to paid media, some of the insights are actionable. In those cases, the data gets passed along to the Nissan media buying team to activate either through Viant’s own demand-side platform, Adelphic, or another programmatic buying platform.

The value of the data lake is being able to do lots of different things – research, planning, buying, measuring – in one spot, Gwin said.

“We need to ensure that we’re acting and reacting to the data at the speed we’re generating it,” he said. “For an advertiser that runs as much paid media as Nissan does, that’s quite a lot of data.”

And customer data platforms (CDPs) don’t always cut it in that regard.

Although Gwin hasn’t directly managed a CDP to service his primary client, Nissan, he has used one in the past and found it challenging to go as deep as he wanted on the data.

“I’d call the data lake a more robust version of a CDP,” Gwin said. “We get the ability to bring in disparate data from all over and analyze it. I don’t have to clean the data. I don’t have to refresh it. I just bring in the data I want, the match happens and we’re good to go.”

Down the road, it’s the sort of offering that could serve as a deal sweetener for advertisers working with Meredith, running large, integrated campaigns, perhaps, across multiple of the publisher’s properties.

But although there’s been talk about the role Viant will play for its new parent – and Meredith did name-drop the people-based platform at its NewFront last week – it’s still early days as to exactly how Meredith will take advantage of its new ad tech assets.

One idea is to use Viant’s deterministic data profiles for TV to offline attribution.

“It’s the sort thing the people at Meredith weren’t overly familiar with going in, and there’s been a lot of education and learning there – it took a while for Time Inc., too,” Schulz said. “A lot of the meetings we’ve had so far have been exploratory, but we are really thinking about the future strategy here and all the different ways we can work together.”