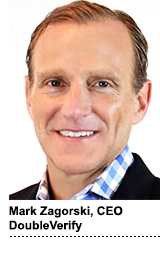 Brand suitability is proving to be a big boon for DoubleVerify’s bottom line.

Revenue from its brand suitability targeting solution grew 64% year over year in Q3, and was responsible for more than 50% of its overall programmatic revenue, which clocked in at $41.9 million last quarter. The tool, called Authentic Brand Suitability, launched in 2018.

As opposed to brand safety, which the IAB defines as content that’s “generally considered to be inappropriate for any advertising and unfit for publisher monetization regardless of the advertisement or brand,” brand suitability is a more nuanced affair.

Over the past roughly 18 to 24 months, advertisers have increasingly turned to brand suitability measures in reaction to the contentious political climate, the uptick in hate speech, the spread of misinformation and the fact that brands are “really being held accountable for who and what they support,” Zagorski said.

“What's happened over the last couple years,” he said, “is that we've moved from using a meat cleaver to determine what's good and bad to using a scalpel to determine what is suitable for me as an advertiser. Because where an ad shows up is as important as what the ad says.”

DoubleVerify’s approach to brand suitability is to align its pre-bid and post-bid targeting criteria so that advertisers can avoid as many objectionable impressions as possible.

“There are certain aspects of quality and assurance you can only find post-bid – things like domain spoofing,” Zagorski said. “Prebid catches the vast majority of potential pitfalls, and if you map that with post-bid measurement, it can create a virtuous cycle of learning over time.”

DoubleVerify is planning to complement its brand safety and suitability tools for the open web with pre-campaign contextual targeting for non-programmatic impressions across YouTube, TikTok and Facebook via OpenSlate, which DoubleVerify acquired in November.

Brands should have the prerogative to advertise where they want to. A financial services company, for example, might only want to appear on super-conservative, non-controversial news stories, and that’s fine.

“It’s what suitability is for,” said Chris Vargo, CEO and founder of Socialcontext, a startup backed by the University of Colorado dedicated to helping identify stories covering social and diversity issues that would often be over blocked based on traditional brand safety and then building targeting segments around them.

“Brand safety and suitability are both about minimizing risk, however an advertiser wants to define that,” said Vargo, who is also an associate professor specializing in data analytics and digital advertising at the University of Colorado.

It’s a fair point, Zagorski said. But brand safety and suitability have evolved from protection to tools that can help drive performance, he argued.

DoubleVerify offers a broad set of more than 90 content categorizations, and advertisers have the ability to control the levels of sensitivity within each categorization across 40 languages.

As adoption of its brand safety tools has increased, DoubleVerify’s programmatic block rates have fallen from 9.4% in 2019 to 6% today.

“In many cases, it’s a lot more innocuous than most people think,” Zagorski said. “It’s just like, hey, this is an animated Disney movie and an article in Content Publisher X, which might be a legitimate, brand-safe publisher, is just not appropriate for a cartoon ad to go against.”