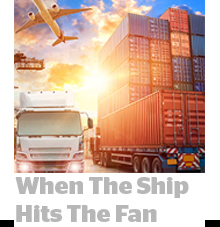 DoubleVerify is dropping $150 million to acquire OpenSlate, another ad verification and analytics company. OpenSlate is a specialist in digital and streaming video. Last year, OpenSlate made a risky business choice when it defied a change in the YouTube measurement program shielding accounts from brand safety vendors. (A video of violent or unsuitable content could be blocked, but the creator account or channel was not disclosed.) Although it gained some street cred for punching up to Google, OpenSlate rejoined the YouTube measurement program after a three-month standoff with the ability to identify unsuitable creators, not just content. The acquisition of OpenSlate makes sense for DoubleVerify, which has a market cap above $5 billion. DoubleVerify can use some of that capital to grow now before an inevitable down-cycle in Wall Street’s whimsical evaluation of ad tech. Also, brand verification is big business now, with Oracle’s ownership of Moat and Integral Ad Science’s IPO in July (followed by its acquisition of Publica, another video and CTV specialist). “One of the challenges with verification and brand suitability measurement and filtering is you can’t be small and do it,” DoubleVerify CEO Mark Zagorski tells The Wall Street Journal. “We want a single platform that can do everything.”

The Ship Hits The Fan

American online shoppers saw two billion out-of-stock notices last month, up by a third from last year and quadruple the 2019 rate, Bloomberg reports. It’s a self-fulfilling prophecy. The manufacturing supply chain is a disaster this year, but media coverage of supply-chain woes pushed holiday gift buyers to buy sooner in anticipation of delivery issues. Target, for example, started running holiday sales in October, while Walmart’s Black Friday deals began on Monday of this week. Supply-chain chaos won’t necessarily be a headwind for the biggest retailers, though. Walmart and Target both made the unprecedented move to hire their own container ships to speed up transport. The Los Angeles and Long Beach ports, which process about half of all shipping containers entering the country (it’s the entry point for Chinese exports), now face lines of 60 or more ships every day. A backup of more than one ship was rare before the pandemic. Amazon will also benefit by having a huge warehouse and trucking infrastructure, since small businesses and independent sellers will default to Amazon rather than absorb higher prices for UPS or FedEx. Amazon Local Selling, a fulfillment service for SMBs, launched last week, Supply Chain Dive reports.

Twitter Blue, a subscription service the company launched in June, is expanding its test program for iOS users in Canada and Austria to two new countries (the United States and New Zealand) and to Android and web users. Another big addition is ad-free news partnerships with more than 300 US-based sites, including BuzzFeed, The Atlantic and The Washington Post. Stories shared by participating publishers will carry an “Ad-free with Twitter Blue” label, The Verge reports. That’s similar to functionality developed by Scroll, the mobile news service Twitter acquired earlier this year. Twitter Blue costs $2.99 per month, which is fairly steep considering the relatively limited use cases. You’d still need to subscribe to WaPo to see those stories, for instance. “I wish that it offered a totally ad-free experience, and I don’t like that some individual features are fragmented across platforms,” writes Jay Peters at The Verge. To be fair, Twitter couldn’t make its main feed ad-free. It would cripple Twitter’s core advertising business if power users – and those with enough disposable income for a Twitter subscription – suddenly left the impression pool. “But there’s enough for me to try it for a month and see how I like it,” Peters wrote.

Internet advertising is about to change, and here’s what you need to know. [Consumer Reports]

A group of House lawmakers are pushing an algorithm-free tech platform law. [Axios]

OpenWeb raises $150M at over $1B valuation with investors including The New York Times. [release]