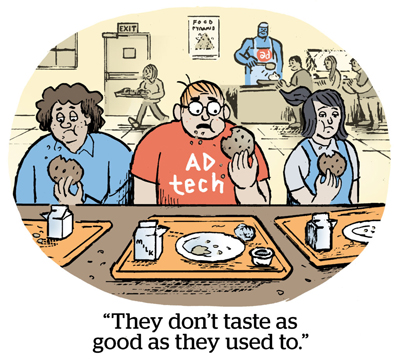 It seems like everyone’s talking about the cookieless future, but many publishers are living in the cookieless present – and they need alternatives today.

Publishers have ad inventory to sell in cookieless browsers, such as Safari and Firefox, and they have to sell impressions from users who’ve opted out of cookies.

Roughly 65% of the Daily Mail’s programmatic ad inventory, for instance, is currently cookieless, which means the cookieless targeting problem is more of an immediate concern than a distant worry.

That’s why the Daily Mail is focusing its post-cookie strategy on maximizing the monetization of its existing cookieless inventory in the short term while preparing for the complete deprecation of cookies in the longer term, said Jeremy Gan, VP of revenue operations for MailOnline (the web version of the Daily Mail).

Like most publishers that monetize with advertising online, the Daily Mail has been busy testing cookieless ID solutions to support its programmatic ad business. One of these solutions is Lexicon, provided by supply-side platform 33Across.

In contrast to deterministic IDs that rely on matching advertiser and publisher audiences using a common identifier like a hashed email address to target a user, Lexicon is a probabilistic targeting solution that uses a statistical model to determine whether different data points gleaned from browser behavior apply to the same individual user, said 33Across CEO Eric Wheeler. Targeting can then be done without the use of any PII, using the Lexicon Pub Token as a common reference point for addressability.

Lexicon allows partnered DSPs to bid on Daily Mail’s cookieless inventory on the open web in a similar fashion as they would bid on cookie-based inventory, Wheeler said.

“Because we’re an SSP, we’re able to embed our ID graph directly into the exchange,” said Wheeler, who claimed Lexicon can help make up to 90% of cookieless inventory addressable compared with the roughly 10% of impressions that can be matched to PII using deterministic methods.

Since many DSPs don’t currently bid on cookieless inventory, there is less competition among DSPs for these impressions, which can lead to higher win rates for advertisers and good fill rates for the publisher.

That dynamic is likely to flatten out over the next two years, as more DSPs get into bidding on cookieless inventory out of necessity, Wheeler said. But, at least for the next six months or so, savvy buyers will be able to snag quality impressions for a bargain, because the market isn’t yet as crowded as the cookie-based market, he said.

The results have been positive for the Daily Mail since it integrated the Lexicon ID into its Prebid wrapper in late Q4 2021.

The Daily Mail attributes 69% of its Q1 2022 US-based cookieless programmatic revenue to Lexicon. During the first two months of this year, the publisher experienced a 67% increase in cookieless revenue, a 33% higher fill rate and a 22% increase in average CPMs on its cookieless inventory, and a two-times higher win rate on cookieless versus cookie-based inventory. (For what it’s worth, the Daily Mail measures all of these KPIs through a UI provided by 33Across.)

The next steps for Daily Mail are to roll out the ID solution to more geographic locations that do not have GDPR restrictions, including Australia, Gan said. (Privacy is currently regulated in Australia in accordance with the rather outdated Privacy Act of 1988, so data usage is less strictly regulated there than it is in the European Union or the UK, although Australia is working to modernize its privacy regulations.)

“If a publisher thinks that they can replace cookies with an email, then they’re probably missing the boat,” Gan said. “We have a once-in-a-lifetime opportunity to take back a lot of control as publishers and to define our own sets of audiences and IDs.”