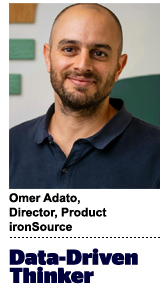 Today’s column is written by Omer Adato, director of product at ironSource.

App monetization managers have an increasingly complex job. As the market grows, so does the technology to support it, leading to an ever-growing stream of KPIs, insights and a constant stream of reports.

And yet many app monetization managers are neglecting to check the king of all reports – the cohort report.

The cohort report offers a holistic view of an app’s metrics using a specific point in time as the benchmark. This is key to getting a full picture of performance.

Without this type of analysis, app developers are at risk of misinterpreting key business results, which in turn can negatively impact long-term optimization and growth.

Why cohorts are king

Two of the most common reports examine performance and user activity over time.

But both reports are missing a critical component that can be found in a cohort report: insights that are tied to a point of reference from the day of install. In other words, a cohort report provides a cumulative KPI view that demonstrates the impact a change in monetization, user acquisition or an app’s features can have on the lifetime value and retention of users.

The price of overlooking cohort reports

When reports are viewed in isolation, they can easily lead to misinterpretations.

In the graphs below, the app in question looks like it’s performing well. Both the performance and user activity reports show an unexpected increase in revenue and DAU respectively on April 14, 15 and 16. This is outside of the expected weekend increases on April 2 and 3 and April 11 and 12.

Taken in isolation, it’s easy to interpret this data as evidence that the app is scaling and successfully optimizing its monetization activities.

However, when viewing the cohort report alongside performance and user activity, the picture changes. As the graph below reveals, starting on April 14 LTV per user is actually dropping – and so is retention.

Why is this happening?

It could be that the increase in revenue was purely down to a new app version being released or an increase in DAU due to an investment in user acquisition that took place on April 14. Regardless, a closer look at user value and retention makes it clear that the quality is rapidly dropping, which doesn’t signal healthy app growth.

But there’s even more nuance here.

Leaving cohort reports out of your analysis can also lead to the opposite problem. An app might appear to be experiencing a drop in both performance and user activity, but a quick look at the cohort report shows that LTV and retention are on the rise.

How is that possible? One reason could be the time of the week when the reports are checked. If there’s an app version upgrade on a Monday, for example, the drop in revenue could be due to the regular expected weekday drop, while the new app version has, in fact, increased the overall LTV and retention of the app. Neglecting the cohort report in this case will lead to a lost opportunity.

When it comes to cohort reports, what and when to check are crucial.

In terms of what to look at, always make sure to check all your reports. If you’re short on time, though, the cohort report should be your number one priority.

And in terms of when to check, the answer is: every day. It’s that simple. More specifically, make sure to pay particular attention the day before and the day after you made any meaningful change to your monetization strategy, your user acquisition activities or in the app itself.

Adding a new bidding network, for example, could increase the profitability of your users, as could adding a new creative to your ad campaigns, which may bring in more valuable users. The cohort report will show the impact of specific activities and give the information you need to make more informed decisions on how to optimize the growth of your app over time.