“There’s no chill in the performance world,” said John Sheldon, CMO of SmileDirectClub, a DTC startup and recently public company that sells customized transparent teeth aligners as an alternative to braces.

“You’re always … trying to push your business,” Sheldon said, “because if you can find more efficiency, you can scale.”

But brand awareness is also a key growth lever. In April, SmileDirectClub launched a campaign featuring testimonials by dentists and orthodontists to try and normalize the concept of teledentistry. Licensed doctors review every patient’s 3D scans and medical history before prescribing an aligner treatment plan, then they monitor the patient’s progress virtually.

Although telehealth took off during the pandemic, dentistry has been “a little behind the curve,” Sheldon said.

“We’re trying to destigmatize the concept of using remote dentistry as a way to improve your smile,” he said. “And so we’re constantly looking for places where we can tell that story.”

AdExchanger: How would you describe your digital marketing strategy in a nutshell?

JOHN SHELDON: We were born in the classic digital DR space during the Facebook heyday when that channel was super effective. Since then, we’ve focused on diversifying our spend to mitigate risk, but also as a way to chase performance across multiple platforms.

We’ve learned how to feed Facebook’s algorithms with the data it needs to optimize effectively. But we’ve also learned that there are some things Facebook can’t see. And so now we’re using some of their bid multiplier tools to help guide the algorithms into the places we know are right for our business and right for our brand.

That’s really helped us find efficiency post iOS 14.5. We’ve taken that giant pile of money we used to give only to Facebook and now we’re giving a chunk to TikTok, a chunk to programmatic environments, and we’ve also continued to grow our TV buying to help build aided and unaided brand awareness. 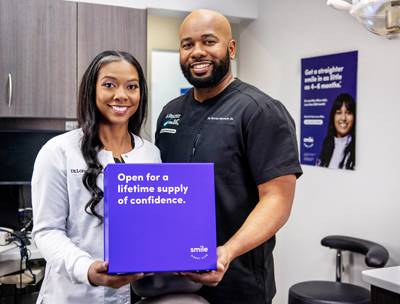 What bid optimization strategies are working for you on Facebook (sorry, Meta)?

We define our success criteria differently at different levels, from a lead to someone who schedules a scan to a person who actually purchases a kit.

But as you go down the funnel, the signals get fewer and fewer, which means there’s less for the algorithms to latch onto. It becomes a cat-and-mouse game of trying to figure out the best spot in the funnel for optimization. If we’re prospecting, we know to optimize this way, and if we’re retargeting, maybe we optimize a different part of the funnel, but all with an eye on doing it efficiently and at scale.

You mentioned TikTok as an increasingly important channel. Is your strategy more focused on organic or paid?

We’re obviously always looking for all the organic coverage we can get, but what you get in terms of views is de minimis compared to what you get with paid. That said, organic engagement helps us get a better sense of what’s going to perform when we boost it or when we use the same content in a paid environment.

So influencers are an important part of our strategy. But it has to be genuine. We’re not just paying people to say nice things. They also have to be customers.

Is that true for smaller influencers all the way up to Sofía Vergara?

Sofia is a great example. We partnered with her to launch our teeth whitening and oral care products in Walmart. She’s helping us introduce these products to her huge audience, but she also uses our products as part of her routine. These partnerships have to be authentic in order to work.

How did Apple’s privacy changes on iOS affect your media plan?

As you can imagine, bidding algorithms naturally started favoring places that had better signal, which was on Android. All of a sudden, we saw our Android phone targeting going way up. For whatever reason, our customers tend to be a little more weighted to iOS, so we had to redirect the algorithm back to make sure we were getting more iOS.

There are dozens of things like that happening on a monthly basis, and so we’re always tweaking and challenging the algorithms to make sure we’re reaching people who look like our customers. 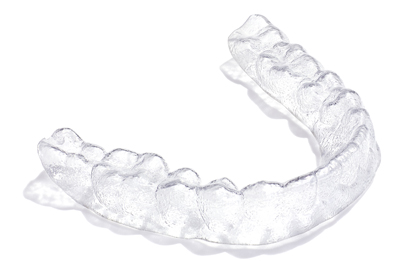 I’ve seen SmileDirectClub ads on TV. How is linear working for you?

I don’t think there’s any better channel than the big box on the wall to help build brand awareness if you can get the right level of reach and frequency. In my time at SmileDirectClub [since 2018], we’ve gone from aided awareness of 16% to over 60%, and TV has played an enormously important role in helping us get that kind of growth.

We started playing early in that space, but CTV has really evolved. It started as a greenfield opportunity where there were deals to be had, and it was another place to get reach. Now, we’re thinking about it more on a targeted audience basis, meaning targeted unique reach as opposed to broad unique reach.

With ad prices on the rise, what are you doing to lower your customer acquisition costs (CAC)?

The biggest thing we’re doing is not chasing volume inefficiently. We know that above a certain CAC we can’t have the level of profitability we want. We look at rolling seven-day CAC equivalency numbers, and everybody on the team knows what those numbers have to be in each country. If I’m above my target, I pull back. If I’m below my target, it’s time to push.

We think about the longer term, too, but short-term changes can have a dramatic impact. Making sure we all know which direction we want to row in each morning is a great starting point for managing CAC.